Number of uninsured in New Hampshire spiking due to layoffs

Total could be even higher, Dartmouth epidemiologist says 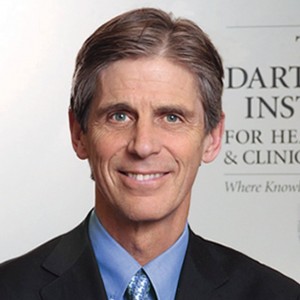 Elliott Fisher, an epidemiologist and a public health researcher at The Dartmouth Institute, says the jump in the number of uninsured in New Hampshire presents ‘an awful picture.’

Tens of thousands of Granite Staters lost their health insurance as a result of layoffs during the pandemic and the numbers could keep getting worse.

An estimated that 96,000 people, or 11% of New Hampshire’s adult population, are now uninsured, an increase of up 3% from 2018, according to a recent report from the National Center for Coverage Innovation.

Elliott Fisher, an epidemiologist and a public health researcher at The Dartmouth Institute, warned it could be higher, as the study only looked at data until May.

In May, unemployment reached about 16%, the highest rate the state has seen in decades. Before the pandemic, New Hampshire’s unemployment rate hovered around 2.5%.

For many in New Hampshire, losing their job also meant losing their health insurance, since more than half of Granite Staters are insured through their employer. The state saw about a 40% increase in the number of adults over the age of 18 and under 65 becoming uninsured as a consequence of layoffs.

Still, compared to other states, New Hampshire is doing well. This problem is much worse in other states with more severe coronavirus outbreaks.

“Yes, it’s awful here,” he said. “It could be astronomically worse— at least we’re not Texas.”

In a national study, conducted by the Commonwealth Fund, researchers found about 40% of those who were laid off or furloughed due to the pandemic relied on their job for insurance. Of that group, 20% said they or a spouse were now uninsured as a result of losing their job.

In states like Texas – which already had a high rate of uninsured residents before the pandemic and has experienced one of the highest rates of COVID infection –  30% of the population is now uninsured.

Nationally, the increase in uninsured Americans surpassed any annual increase ever recorded.

Although there is no definitive data yet, Fischer said he suspects minorities and low-income communities will bear the brunt of unemployment and, by extension, a loss of insurance. For example, the food-service industry, which laid off 60% of its staff, is disproportionately composed of people of color.

“As with everything else in the United States, when things go wrong, the people who suffer are low-income people and racial minorities because of centuries of systemic racism,” he said. “The burden of a loss of employment and loss of insurance is going to fall squarely on the poor.”

He said it’s important for people to recognize they have a number of options to stay insured if they lose their jobs.

Some may be eligible to extend the coverage from their employer for 18 months after employment ends through COBRA, a federal law, as long as they can pay the full premium. Others can buy their own health insurance plans via the Health Insurance Marketplace, a federal platform that helps match individuals with insurance plans. For those with no or low income, they may be eligible to enroll in Medicaid.

Spending on health care dropped substantially this Spring. Many hospitals suspended nonessential care and many patients put off appointments to avoid exposure to the virus, which means health insurance companies have paid out far less money than they normally would have under normal circumstances.

As a result, those who still have insurance could theoretically see a slight decrease in premiums. This is especially likely in places like New Hampshire, where the number of COVID-19 cases is relatively low and has required little spending from insurance companies.

Fisher wasn’t enthused by this possibility.

“It’s hard to look at all these deaths and say there’s a silver lining,” he said. “I think we have so badly mismanaged this epidemic that premiums going down a bit shouldn’t count for much.”

Elliott Fisher, an epidemiologist and a public health researcher at The Dartmouth Institute, says the jump in the number of uninsured in New Hampshire presents ‘an awful picture.’