Deal was ‘a natural progression’ for companies 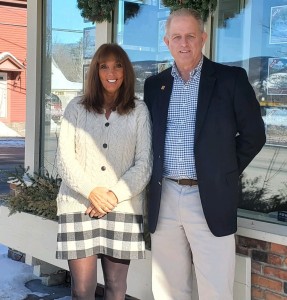 North Conway-based Badger Realty and Peabody & Smith Realty, which is based in Littleton, have merged, creating an agency with eight offices across northern New Hampshire that serves a three-state market.

Creation of the firm, to be known as Badger Peabody & Smith Realty, “was a natural progression” that “brings the best of our two brands together,” said Andy Smith, president of the newly formed company.

He said “both brand names … have been synonymous as leaders in our marketplaces – representing property sellers and buyers in Northern, Central, the White Mountains and Lakes Region of New Hampshire, in addition to servicing the Northeast Kingdom of Vermont and Western Maine.”

With Smith as president, Badger Realty managing partner Brenda Leavitt will continue at Badger Peabody & Smith Realty in a senior advisor role through May. Leavitt began her career with Badger Realty over 40 years ago, becoming a partner with founding owner Dick Badger.

“With the changes in the industry, it was important to the Badger family and me to ensure that the company has what’s needed to stay at the forefront of the industry,” said Leavitt. “The merger will enable us to offer more services and expand into new areas, all while keeping the same shared philosophies and values. And as always, the focus will be on how to better serve consumers.”

According to Smith, in 2021, the two firms combined took part in over 1,400 transactions with total gross sales of over $447 million in all property categories.