But agencies are in ‘holding pattern’ as economy slowly awakens 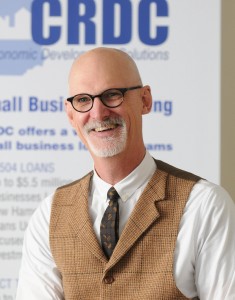 “Right now we’re in a holding pattern,” said Stephen Heavener, executive vice president of the Concord-based Capital Regional Development Council, the largest of the New Hampshire’s 10 regional economic corporations, which together serve all of the municipalities in the state.

As lenders to small business, the regional economic corporations, or RDCs, have provided immediate relief to their borrowers by deferring payments of principal and interest for between three and six months while foregoing the interest income that funds their own operations.

Meanwhile, as the economy slowly awakens, RDCs, like all lenders, brace for the prospect that, while some borrowers may fail and default, shrinking their capacity to lend, other businesses will need credit to resume and expand operations.

The RDCs were established in the 1990s, when credit for small businesses tightened following the collapse of the property market and failure of the state’s largest banks. RDCs are nonprofit corporations that partner with government agencies, financial institutions and civic organizations to provide credit options and technical assistance to small businesses. Their operations are funded by interest income from their loan portfolios.

RDCs partner with the U.S. Small Business Administration in the 504 Loan Program, which provides a long-term, fixed rate loan of up to $200,000 representing no more 40% of a financing package that generally includes a bank loan, 10% equity interest, and sometimes other investments.

RDCs provide the loan that bridges the gap between the equity interest and the debt finance provided by banks and other investors to complete funding packages. RDCs may contribute as little as 10% and as much as 50% of a total financing or as much as 75% of loans of less than $75,000.

Heavener said that RDCs often provide the essential piece that completes a financing. “We don’t drive the train,” he said, “but we get it rolling.”

Jac Cuddy, executive director of the Mount Washington Valley Economic Council (MWVEC), said that to some extent the RDCs are “lenders of last resort,” with relatively high-risk portfolios and, as partners with banks, are always subordinate to them.

Some RDCs partner with the U.S. Department of Agriculture Rural Development in its “Intermediary Relending Program,” by borrowing as much as $2 million for the first and $1 million for subsequent financings up to a limit of $15 million, at 1% with a 30-year term with interest-only payments for the first three years.

The RDC lends the funds at a higher rate, in amounts up to $250,000 or 75% of the cost of the borrower’s project, whichever is lower, though most loans are $200,000 or less. Loans can be applied to a variety of purposes, including acquiring land, constructing buildings, purchasing machinery and working capital. 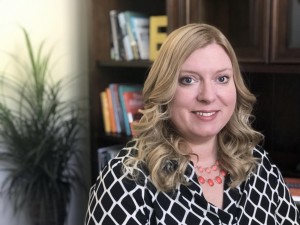 Laurel Adams is president of the Regional Economic Development Center

When Gov. Chris Sununu ordered the closure of “non-essential” businesses in March, the RDCs acted promptly to ease the pressure on their borrowers. With a $10 million loan portfolio and some 80 borrowers, Heavener said the CRDC has deferred payments for about half its borrowers for six months and projected a loss of interest income of about $100,000.

“It happened overnight,” said Daniel Gray, managing director of the Coastal Economic Development Corp., which is based in Hampton. “We put a 90-day hold on principal and interest payments through June. Businesses didn’t even have to ask.”

With about 60 borrowers divided among three loan pools totaling more than $4 million, he estimated the shortfall of interest income at near $60,000. “It isn’t about us,” Gray said. “We can manage.”

Laurel Adams, president of the Raymond-based Regional Economic Development Center, which reaches 31 municipalities in Rockingham and Hillsborough counties, has granted deferments to a third of the borrowers in its $10 million portfolio. She said the agency was providing disaster loans as well as distributing grants received from Community Development Finance Authority.

At the same time, Adams stressed that the REDC has mounted a major effort to provide technical assistance to its borrowers to prepare them to “pivot as the economy recovers.”

Adams said the REDC established the New American Loan Fund, the only statewide program for foreign-born immigrant business owners, which has a portfolio of 25 loans. And she said she expects to receive funding from the U.S. Economic Development Administration to staff a disaster response initiative for both businesses and municipalities.

“We granted blanket deferments in March through June,” said Justin Slattery, executive director of the Belknap Economic Development Council in Laconia. “With a portfolio of less than $1 million, it’s costing us $4,500 a month,” he said, stressing that “we’ve been working very closely with our borrowers and have lending capacity to help with the recovery.”

Anne Duncan Cooley, CEO of the Plymouth-based Grafton Regional Development Corp. said that while deferring payments for some borrowers, mostly in the hospitality and lodging sector, her agency has also turned to providing businesses with technical assistance.

“We have two business incubators,” she said, and have been working to get businesses on-line and preparing them for the recovery.”

“We deferred payments for three months,” said Denise Roy-Palmer, executive director of the Wentworth Economic Development Corp. in Wolfeboro, adding “at first we thought of going case-by-case, but decided to go across the board, though it has interrupted our revenue stream.”

Lise Howson, executive director of the Coos Economic Development Corp., which manages a portfolio of less than $1 million, said a fifth of borrowers have been granted deferments for six months. Apart from deferred payments, Howson said the Lancaster-based agency had six loans in the pipeline before the shutdown, but two restaurants withdrew their applications, reducing loan volume, and with it interest income.

In the meantime, RDCs have begun to look to their role in economic recovery.

Cuddy said that apart from deferring payments for at least three months, the MWVEC took a second proactive step. He explained that travel and tourism drive the economy of the valley and the virus struck during the “shoulder season,” when economic activity is slowest.

In anticipation of summer, the strongest of the seasons, he said that in just two weeks the MWVEC participated in 27 loans, with an aggregate value of $580,000.The “COVID-19 Express Loans” of $25,000 with no interest for three months and interest only for three months have over a five-year term. “It took us to the extreme end of our capacity,” he said. “It’s all out.”

“I definitely don’t want to sound arrogant,” said the REDC’s Adams said, “but we made it through the last recession, and with continued support from out partners I believe we will make it through this one.” She said REDC has $5 million in additional lending capacity and is “well positioned to meet the need for capital as businesses ramp up.”

But Heavener pointed to what he called “an existential risk” facing some RDCs, his own among them.

He said “we can mange the loss of interest income. But when the deferments expire, and if a quarter or a third of borrowers fail then I’ve got a real problem.”

As an intermediary re-lender with the USDA, he explained that of the 27 loans in deferment, with an aggregate value of $4.5 million, some $3 million is backed by funds borrowed from the USDA. “If those borrowers default,” he said, “I’m on the hook. I have to pay back the USDA.”

Other RDCs in the state, including CoastalEDC, CoosEDC, WEDCO, GRDC, and REDC, are also intermediary re-lenders with USDA. Howson said the CoosEDC could be liable for $150,000 in the event of defaults, but others said that USDA funding represented a relatively small share of their portfolios.

Stressing the resiliency of New Hampshire’s small businesses, Gray expressed concern about the availably of funds to fuel a recovery. “The SBA has provided easy money,” he said, “but what happens when the money runs out?” He anticipated strong demand for credit as the economy begins to expand and said “the challenge will be to get access to money.”

Gray said at CEDC “money is getting low and the return of money to re-lend has slowed. We have the will, the interest. The question is whether we have the money. We could easily lend $3 million in the second half of the year, but where am I going to get the money to do it?”

With one exception the RDCs are all 501(c)(3) nonprofit organizations and eligible for the $60 million the Governor’s Office of Emergency Relief and Recovery has allocated for nonprofits. Heavener said that while funding could be used to offset losses in operating revenue, he felt that priority in distributing the money should be given organizations providing human services for vulnerable populations.

Carmen Lorentz, who headed the BEDC and then the state’s Division of Economic Development before becoming executive director of Lakes Region Community Developers, said that when the recession overtook the economy in the 1990s, “local economic development agencies were thin on the ground.” Since then, she said, the RDCs have played an important role in reviving and sustaining the economies of communities throughout the state.

We can’t afford to lose what little capacity for local economic development we have,” said Lorentz.