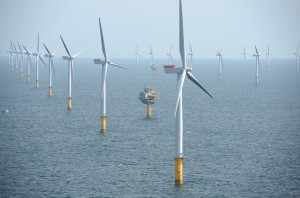 Should a bill designed to procure offshore wind for New Hampshire go further, and specify other forms of renewable energy, or is going too far and locking the state into long-term contracts it might regret?

Senate Bill 151 was introduced Monday to the Senate Energy and Natural Resources Committee, which will try to address both concerns by the time it votes on it Wednesday.

When it comes to renewable energy, the potential of offshore wind dwarfs nearly all the rest. The bill – at least as it is currently written – calls for the state to procure as much as 800 megawatts of wind energy which is just about half the size of Seabrook Station nuclear power plant.

All told, there is a potential for 3 gigawatts (or 3,400 megawatts) of power off that could be generated off the coast of New Hampshire, and about 10 times that in the Gulf of Maine.

None of the projects might end up in New Hampshire’s territorial waters. Where it ends up depends on a variety of factors, including meteorological data and whether they are in the paths of migratory birds and their effect on marine life.

But chances are some project will be built in the Gulf of Maine, and New Hampshire would negotiate a long-term contract, probably in conjunction with Maine and Massachusetts,

Both of them have already passed their own procurement laws, so the state has to act, said Sen. David Watters, D-Dover, sponsor of the bill.

“Other states are going forward, and they are seeing major events. We want the jobs and manufacturing to come here,” Watters said.

SB 151 sets up procedures for how the state would participate, calling for a procurement process by June 2023, though it could take five to seven years to get “a shovel in the water” and energy to start flowing, said Watters.

Watters made sure to give full deference to Gov. Chris Sununu, who would have the final say over any project.

“We are here because of the leadership of Sununu,” said Waters, pointing to the governor’s executive order joining an interstate task force on offshore wind.

In addition to ticking off the environmental benefits of such projects, Watters emphasized the economic benefits. The bill would require that utilities procure at least 600 megawatts of power from offshore wind projects, with the rest possibly also coming either from wind or another reliable energy source, be it hydro, biomass or solar, if it is backed up by a battery or another energy source.

The bill should encourage “clean energy of all kinds, existing and old, in the mix,” testified Madeleine Mineau, executive director of Clean Energy NH.

She suggested that the bill be neutral as to what type of renewables should be procured or guarantee that the state procure 200 megawatts of other renewables. Or, she said, issue two requests for proposals, one for wind and the other for renewables.

Also testifying was the New England Power Generators Association, which oppose any “carve-out” for renewables as a retreat from restructuring, the divestiture movement that started in the 1990s that forced utilities – mainly Eversource – to sell is ownership of power generation plants.

The bill prohibits utility-owned regulated entities from competing in the procurement process – though unregulated entities may – but the important thing is that utilities, and therefore ratepayers, are on the hook for contracts running from 15 to 30 years.

“We’d like to see what can be produced with market-based solutions,” said Dan Collins, a lobbyist for the association.

It is true that restructuring took the business risks of long-term investments “off of the customers and onto the investors,” testified New Hampshire Public Utilities Commission Public Advocate Don Kreis. But, he added, there are times when utilities, in adherence to the public interest, could undertake those risks. “But that it should be done very, very carefully,” he said.

And when it comes to that aspect, he said, the bill appears to be doing so. “This is a really well-crafted piece of legislation,” said Kreis.

Watters said procurement would be “layered,” meaning the bill enables the state to eventually withdraw from the arrangement if it gets too costly.

The bill also takes transmission costs into account. Other factors include local employment, effects on wildlife and other environmental benefits and it would “guarantee energy delivery in winter months” as well as reduce winter power price spikes.

The utilities would get a 2.75% cut for accepting such a long-term commitment, though Watters said he was open to removing that provision after testimony against it.