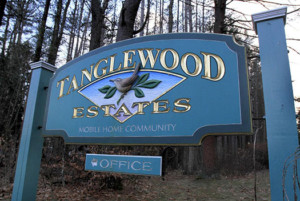 The 365-home Tanglewood Estates in Keene was one of three manufactured home communities purchased by their residents in a 2019 $48 million combined sale.

That’s the question lawmakers grappled with Tuesday as they discussed Senate Bill 210, which would require a majority vote of all those who live in a manufactured housing park before forming a cooperative to buy it.

“It’s a pretty simple bill, but it is getting a lot of attention,” said Senate Majority Leader Jeb Bradley, R-Wolfeboro, the bill’s prime sponsor. ”A majority of residents should vote on their future.”

But it isn’t that simple to change a status quo that allowed a 39-year-old program to help form more than 140 cooperatives in New Hampshire and sparked a Concord-based resident-owned community (ROC) program nationwide. Opponents, ranging from housing advocates to leaders of the cooperatives itself, strongly came out against the bill, though there were a few tenants dissatisfied with their co-ops who testified for it.

Opponents of the measure said it’s hard to get a majority of anybody to do anything.

“How many of you would be elected if it took half of the people in your town to vote affirmatively?” asked Tara Reardon, vice president of ROC-NH, an affiliate of the NH Community Loan Fund. “Probably none. There just isn’t that kind of turnout.”

The same would happen with that kind of requirement when it comes to residents buying their own homes, she argued.

Under state law enacted in 1980, residents of manufactured home parks have 60 days to match an offer if an owner agrees to sell the property to another buyer – sometimes to a company that wants to keep it going at a profit, but often to those who want to redevelop the land for more profitable purposes, forcing the tenants who pay rent for their lot own their not-so-mobile homes, to scramble for housing. By the time ROC, gathers enough money to hold that first meeting, they only have a week or so to organize it, said Reardon.

“These folks are essential workers, nurses, truck drivers restaurant retail, working second and third shift for the county nursing home and county jails,” Reardon said. “Some don’t believe it’s going to happen. How are they are going to buy a multi-million property? Some are afraid of being on the wrong side of their landlord. So they don’t show up.”

Those who do make the decision to borrow millions of dollars and take on the responsibility of running and organizing their own community. Those are the people who form a co-op, charge dues and vote.

But, said Bradley, that means a minority makes a decision for the entire majority.

He gave the example of the Bear View Crossing Cooperative in Allenstown, with more than 300 homes. Of the 102 households, 68 voted to buy their park in 2019. That’s a solid majority of the membership, but only 23 percent of those in the community.

Bradley said that, with a higher threshold, those trying to organize a co-op would have to “work a little harder,” but the benefit would be more participation.

He discounted those who worried that a new standard would be the end of manufacturing home cooperatives in the state. “You are going to hear that the sky is falling and it will doom affordable housing,” he said. “That is false.”

Bradley went on to criticize ROC, and the Community Loan Fund, which backs up financing for the homes, from profiting via a 1.5 percent managerial fee and charging a 5.25 percent interest fee, in the case of the Allenstown sale. These criticisms were echoed by Louise Rideout, a tenant there.

Rideout complained that they had to pay $10 a month toward a $300 membership fee in order to vote. And if you don’t join, you have to pay $200 more a month in your rent, she claimed.

“The loan fund charges predatory interest rates and they get a kickback. We are overcharged and underperformed. Follow the money,” she said.

But David Kirsch, president of Brookside Cooperative in Rochester, which purchased its park last year, said that only those who are actually in the organization that owns the property should vote.

“We need to have a business to purchase the property, and they shouldn’t vote if they aren’t part of that business,” he said.

As for paying a fee to ROC, “we don’t have the time to research every law in the book” nor the ability to figure out how to deal with a septic system that freezes in the winter.”

Kirsch did say that the $200 extra rent to nonmembers was “pretty steep,” and so did Elliot Berry, director of Housing Justice at NH Legal Assistance, who suggested some kind of limit on that differential, which is not set by ROC, but by each cooperative.

Berry represents tenants in manufactured home parks owned by private companies and co-ops. While co-ops aren’t perfect, he said, the homeowners can at least vote on their leadership. At private parks, he added, some owners “pass rules that are incredibly intrusive, and I can’t tell you how many investor-owned parks there are where the upkeep is horrendous.”

Besides, it isn’t like purchasing a park is easy, testified Rich Conrad, president of the Barrington Estates Mobile Home Park cooperative, which was formed in 2005 but failed to buy their park three times. It was hard sometimes to get a quorum to meetings, which were held at the middle school because there was no onsite building, he said.

“You have disabled people who need transportation, single parents who need babysitters,” he said. “Trying to get 51 percent there is almost impossible. These communities need help to buy their park, not hindrance.”