They call for removal of capacity limits, social distancing requirements 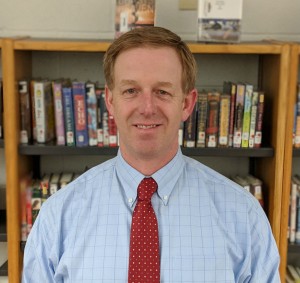 ‘All the aid and support from state and federal government is running out, and 50% isn’t going to cut it for a lot of folks,’ New Hampshire Lodging and Restaurant Assocition President Mike Somers told the Governor’s Economic Re-opening Task Force.

Only days after New Hampshire restaurants were allowed to begin offering indoor dining they’re clamoring to remove virtually all restrictions, including requiring tables be separated.

On June 15, restaurants, previously restricted to outdoor dining and takeout, began seating customers inside, at 50% capacity in four southern counties and 100% in the rest of the state. But they still must limit tables to six customers and maintain six feet of separation between tables. The idea is that, with the combination of indoor/outdoor seating, they could serve about the same number of customers, at least when the weather is nice.

But the NH Lodging and Restaurant Association maintains that about two-thirds of restaurants are not opening for indoor seating because they don’t have the space or the capacity and the table separation rule means that many of them end up having to operate at half-capacity anyway.

“All the aid and support from state and federal government is running out and 50% isn’t going to cut it for a lot of folks,” NHLRA President Mike Somers told the Governor’s Economic Re-opening Task Force on Wednesday. The advisory panel is considering phase 2 guidelines for the accommodations and food service industry.

“If we are legitimately trying to maintain these businesses, I think we have to take another step here,” said Somers.

But Somers’ plea was one of the few industry proposals that got some pushback from the task force.

“We are not requiring [customer] masking,” said Rep. Tim Lang, R-Sanbornton. “The general rule of thumb is we have masks or we have six feet. Pick one.”

The phase 2 proposals came shortly before Gov. Chris Sununu released the last phase 1 guidelines for amusement parks and theaters, which are due to open June 29. (In anticipation, Canobie Lake Park in Salem announced plans to open on July 16 and several movie theaters have disclosed plans reopen in late June or early July.)

Amusement parks will only be allowed to open at 25% capacity, and theaters at half capacity to encourage social distancing and to allow for six feet of separation

Physical distancing and masking is one of the “best tools in the toolbox,” Sununu said at the press conference announcing the guidelines. Other states have “not only opened up too fast, but lost sight of the dangers of Covid.”

Sununu added that he would be looking at the data, but amusement parks might stick to 25% capacity for the entire summer, and “I can’t imagine going back” on the half capacity in movie theaters.

He added that people over 60, or those with anyone at risk at home, are “not advised” to take in a show.

At one point, Sununu said people should feel “a little worried and anxious” because they will avoid risks, and that’s one of the reasons the number of coronavirus infections is declining. On Thursday the number of new reported cases fell to 17, the lowest number in months.

But restaurant owners say it’s difficult to survive under phase 1 restrictions and are eager to move into phase 2. The guidance recommended by NHLRA is two pages long and contained three points it was making for restaurants:

* Bar areas can resume normal operations with no entertainment restrictions.

The association’s phase 2 lodging recommendations also omit current restrictions, which call for hotels with more than 20 units and indoor access to limit operations to 50% capacity and require that out-of-state guests sign a statement saying that they quarantined back home for two weeks.

There was also specific guidance for wedding, catering and function halls, including maintaining six feet of separation between household groups and discouraging such mixing while dancing. It also called for staggered arrivals and departures, but no capacity limitations.

It was the recommended restaurant guidelines that got the most attention from the task force.

“What is the mitigating factor of potentially going within six feet of each other unmasked?” asked Lang.

“The staff will still be wearing masks,” Somers began but Rep. William Marsh, R-Wolfeboro, interrupted and argued that air circulation would mitigate the risk.

Somers agreed, noting that restaurants kitchens are well-ventilated, and with air conditioning, the amount of air that circulates is “pretty ridiculous” with fresh air replacing stale air every eight minutes.

Still, Phil Bryce, director of the state Division of Parks and Recreation who also sits on the task force, wasn’t so sure.

“Social distancing and face covering will probably be in play for quite some time into the year,” he said. “Eliminating the limits on social distancing, I just want to make sure we think that out. The heart of the success we have in New Hampshire is not having this [the virus] take off, since we have been really focusing on that.”

But on Thursday, the next day, at the task force’s public comment session, restaurant owners pushed back, arguing they couldn’t operate profitably unless they could move tables closer.

“Unless we address the spacing issue it doesn’t matter, we won’t be able to get to 100%,” said Michael Buckley, chef/owner of MT Dining Group, which operates a number of higher-end restaurants in the southern tier.

The restrictions in particular kill bar business, where a lot of restaurants make a good share of their profits, they said.

The restrictions “mean that you have one guy at one end of the bar and one at the other, and that’s it,” said Bob Williams, owner of Bubba’s Bar and Grill in Newbury. “We need to get to normal, not just somewhat normal.”

“I have a 14-seat bar. If three people walk in, it takes up the entire bar,” added Ann Masterson, co-owner of Hooked Seafood restaurant in Manchester. “That’s not at all 50%.”

It wasn’t just restaurant owners who said they were being hurt.

“We have brides asking if they will have to cancel their wedding, how many can they invite,” said Amy LaBelle, owner of Labelle Winery in Amherst. “They could certainly use the certainty. We are in a weird holding pattern. We need some guidance and timelines.”

The task force said it hopes to vote on accommodations guidance next week, but the ultimate decision rests with public health officials and the governor.

Sununu repeated at Thursday’s press conference that he would like to review at least two weeks of data before moving on to the next step.