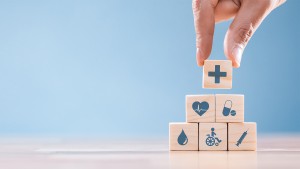 Some 4,000 Granite Staters who work for small businesses may have lost workplace-based health insurance during the pandemic, but the individual Obamacare market appears to have taken up much of the slack, according to a preliminary report released by the NH Insurance Department Friday morning.

According to the report, small group plans (organizations with 50 or fewer employees) reported a total of 4,000 fewer members in July of this year compared to July 2019, a nearly 6% decline. But it’s not clear whether the pandemic caused the decline since enrollment in the small group market has been declining since at least 2015.

During the same timeframe, the number of people enrolled in the Obamacare individual market rose by about 3,000. There was hardly any change in the large group and fully insured market, according to the report.

The report also notes that individual premiums have remained constant this year and are expected to fall sharply next year, thanks to a new way to pool those with high risk.

But deductibles are much higher on individual plans, and they are pretty high on group plans as well.

The average small group deductible, for instance, was over $3,500 in the small group market — the highest in New England and about a $1,000 higher than in the United States. The average individual plan’s deductible was $4,800. Both deductibles can actually be lower, since there are government subsidies and employers often offer them as well.

Nevertheless, put it another way, 45% of individual plans have more than a $5,000 deductible, as opposed to less than a third in the group market.

There has also been a shift in the individual market to bronze level plans, from 38% in 2019, to 41%. The bronze level has lower premiums than the silver and gold plans, but with higher deductibles.

While data for this year is a bit sketchy, the report does provide a detailed look at the insurance market last year.

The report estimates that 6.25% of Granite Staters were uninsured, about a half percent higher than 2018 but, it is better than the national average of 9.2% but a lot worse than Massachusetts’ 3%.

Some 55% of Granite Staters last year were still covered in the workplace. Individual coverage, subsidized or not, accounted for 6%.

In terms of providers, Anthem and Harvard Pilgrim were the market leaders in both the large and small group markets. In the small group market, Harvard Pilgrim slipped into second place with a 38% share, right behind Anthem’s 40%, thanks to the growth of the Tufts Health Freedom Plan, which now accounts for a 21% of the share, up from 5% just two years earlier. Anthem dominates the individual market, 68%, but lost some market share last year to Ambetter with 22%.