NH Housing Appeals Board gets ready to open for business 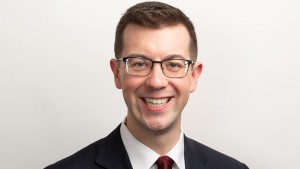 Starting July 1, New Hampshire has a new administrative body in place to hear appeals of local land use decisions.

The New Hampshire Housing Appeals Board, an appellate body modeled on the state’s Board of Tax and Land Appeals, will be empowered to “hear and affirm, reverse, or modify” final decisions made by local “municipal boards, committees, and commissions regarding questions of housing and housing development.” This includes everything from planning board decisions on site plans and subdivisions, to board of adjustment rulings on proposed variances, down to the decisions of local bodies such as historic districts and conservation commissions.

The Housing Appeals Board was initially proposed in the 2019 legislative session as Senate Bill 306. While the bill eventually died that session, the concept was later moved into the biennium budget, which became law in September 2019.

But from its introduction in January 2019, creation of the Housing Appeals Board has generated a great deal of discussion.

Concerns were raised that the board would take away local control. Opponents said the board would increase administrative oversight at the expense of local-decision making. Opponents also said that under existing law, land use matters involving zoning have an expedited review process in the Superior Court, thereby undercutting the need for the board.

Advocates argued that the board’s purpose was not to usurp local decision-making but to create a quicker and more cost-effective avenue to challenge local land use decisions. The Superior Court process, advocates charged, was costly and time-consuming, thereby delaying or jeopardizing otherwise viable projects. Advocates also pointed to New Hampshire’s chronic workforce housing shortage, as the board would have the power to determine appeals of workforce housing proposals.

After the failure in the 2020 session of two Senate Bills that would have repealed the Housing Appeals Board, the board takes effect July 1. Similar to the Board of Tax and Land Appeals, the New Hampshire Supreme Court will appoint the three members – at least one attorney and at least one professional engineer or land surveyor. Members will be full-time state employees and are not permitted to engage in “any other employment, appointments, or duties during their terms that [are] in conflict with their duties as members of the board.” The initial members will serve staggered terms of three, four and five years.

But it is unclear when exactly the board will begin accepting appeals of local land use decisions.

Although an appellant may appeal to the Housing Appeals Board a final decision by a municipal board, committee or commission “regarding questions of housing and housing development,” that is not an appellant’s only route of redress. An appellant still has the right to bring suit in Superior Court over housing and housing-related issues, but the board has concurrent appellate jurisdiction with the Superior Court in these areas.

As such, prospective appellants, having first exhausted all remedies at the local level, must determine whether to file their appeal before the board or in Superior Court.

There may be advantages for appellants to appeal decisions before either, depending on circumstances of a case.

For example, advocates of the board argued that an appeal would be more cost-effective there than in court.

All that said, the Housing Appeals Board will be based in Concord, which could prove to be logistically challenging and more costly for appellants in more distant counties, versus having appeals heard in local county courthouses. Finally, while the Board is not yet in operation, under the governing statute, the members are required to be “collectively experienced in questions of land use law or housing development, or both.” Superior Court judges, on the other hand, hear a variety of matters on a daily basis – which may or may not include land use issues. This could be a factor taken into consideration by an appellant deciding where to file.

The timing of the appeals process might be the most significant difference between the board and court.

In Superior Court proceedings, an individual is similarly required to file an appeal of the local government body decisions within 30 days of a final decision at the local level, but court has other demands on its time and resources. Criminal matters, for example, take necessary priority over civil matters as a constitutional concern.

All that said, it is important to note that regardless of which route an appellant chooses, critical prerequisite steps must be taken in order to bring an appeal.

For example, all administrative remedies at the local level must have been pursued and exhausted, including petitioning for a rehearing before the local government body that issued the initial decision.

Similarly, it important to note that the decisions of planning and other local boards are given a good deal of deference under New Hampshire law. Indeed, the statute provides that the Housing Appeals Board “shall not reverse or modify” the decision of a local board/commission “except for errors of law or if the board is persuaded by the balance of probabilities on the evidence before it, that said decision is unreasonable.” This standard is the same as the law governing appeal and review of planning board decisions.

That said, the law does change the path to an appeal.

For example, if the matter to be appealed “has previously been or is subsequently included in an appeal in superior court by another party to the decision or by any other aggrieved or injured party who can demonstrate legal standing to appeal,” then the claim “shall automatically be stayed by the court to provide the party with standing the opportunity to intervene in the matter before the board.”

And, “if intervenor status is granted, the stay of the court action regarding those claims shall continue during the pendency of the appeal to the board. After the board has decided the appeal, the court shall dismiss the matter before it to the extent the matter has been resolved by the board. Any claim included in an appeal to superior court that is not within the board’s authority shall not be subject to automatic stay by the court.”

Accordingly, prospective appellants must take into account, regardless of what forum they file in, the possibility of having the matter heard before the Housing Appeals Board.

It is also important to note that, regardless of whether an appellant chooses to proceed before the Housing Appeals Board or before the Superior Court, appeals from either body may be taken to the Supreme Court.

Taken together, the creation of the Housing Appeals Board adds another tool for companies and individuals looking to appeal local government decisions on housing and housing development questions. As the Housing Appeals Board gets up and running, it will become more clear to landowners, abutters, local government officials and the broader legal community what impact the board will have on the process.