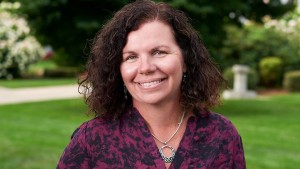 Paycheck Protection lending ‘has slowed here. It has slowed around the country,’ says Rachael Roderick, who heads the New Hampshire office of the U.S. Small Business Administration.

Not many New Hampshire businesses applied for Paycheck Protection Program loans last week. Indeed, it seems that some loans already handed out have been canceled or paid back.

Both federal programs still have billions of dollars to dispense.

In New Hampshire, more than 22,084 businesses received $2.54 billion worth of PPP loans as of May 16, according to the latest report from the U.S. Small Business Administration, the agency that guarantees the bank-issued loans. That represents about 15% of the state’s businesses – if you count self-employed individuals who are also eligible for the loans – with an average loan size of nearly $115,000.

That sounds like a lot, and it is, but it’s only 274 more than the number the agency reported on May 8, and about $80.6 million less in total loans.

Nationally it’s the same story. The SBA has approved a total of 4.3 million loans for $531.2 billion out of the $659 billion that Congress allocated in two rounds of CARES Act funding to help businesses survive the economic slump caused by the coronavirus pandemic. That’s only 100,000 more loans, and nearly $18 billion less, than the amount last reported.

What is going on? No one knows for sure, but there could be several factors.

First, it is clear that the flood of PPP applications that caused the first $349 billion to flood out the door in less than two weeks has slowed to a trickle, leaving $128 billion on the table.

“It has slowed here. It has slowed around the country,” said Rachael Roderick, who heads New Hampshire’s SBA office in Concord. “A lot of people who need them had gotten them already. We are reaching out to sole proprietors and the self-employed, to make sure that everyone that wants one gets one.”

“A lot of interest has dropped off after that catch-up after round one when banks were not able to get them out fast enough,” said Kristy Merrill, the president of the New Hampshire Bankers Association.

Bedford-based Primary Bank is still giving out loans, but mainly to sole proprietors, and about 10 of them a day compared to the hundreds of loans during the first few days, said Joe Bator, the bank’s executive vice president and senior lender.

Another reason for the slowdown is that some businesses that rushed to apply before the money ran out have since soured on the loans. The PPP’s two-year, 1% interest loans are forgivable, but only if a business spends at least 75% of the proceeds on payroll. Many businesses were not allowed to open, or if they could, not at the same level, so they would end up paying workers to do nothing.

“With our businesses closed, we are essentially being asked to pay unemployment as a pass-through and, for the privilege of doing so, we are charged 1% interest on the borrowed monies,” said Mike Somers, CEO of the NH Lodging and Restaurant Association, in written testimony asking the state for a different kind of economic assistance for his industry.

In addition, the federal government has sent mixed messages on whether it would forgive the loans, especially after it was revealed that some large publicly traded national firms with thousands of employees took advantage of them, using a loophole to apply by facility so that they would fall below the program’s 500-employee eligibility threshold.

The Treasury Department – arguing that the program was designed for small businesses that had little access to financing – demanded the larger companies return the funds by May 15 or they might be criminally prosecuted. As lending slowed, the department extended that deadline to May 18, clarified that it was allowing a “safe harbor” for those that took out less than $2 million in loans and issued an application for forgiveness.

But that all “might have been too little or too late,” said Roderick.

“People were very concerned about forgiveness,” added Merrill. “There was a lot of anxiety about that. Banks didn’t want to be put in the difficult position of telling a borrower that the loan is forgivable and then find out it is not. That might have played a role.”

It’s not clear whether this had a chilling effect on the program, contributing to the slow down, and whether a lot companies were paying back the money, which might by why PPP program has $18 billion more on May 16 than it did on May 8.

No publicly traded company in New Hampshire has disclosed it took a PPP loan, and neither Roderick nor Merrill has heard of any businesses here returning large amounts of cash.

Bator said he knows of only one business that paid back its loan, and that is because it was going out of business, and it was only for a small amount. However, he said, he does know of loans that were canceled because they were the same loans that the SBA already approved though another bank. And he figured that there are other banks that had to cancel loans that might have already approved by him.

Roderick said that there were at least 100 duplicate loans that fit this category. She didn’t think business were trying to double-dip “but may have panicked when they didn’t hear about their initial application, and applied though another bank.” Normally the system would kick out loans with the same EIN number, but sometimes the borrower used a Social Security number.

The EIDL program offers businesses a lot less money, but with fewer strings attached. The program, which was conducted out of the SBA national office, also received two rounds of funding, totaling $87 billion, for a 3.4%, 30-year loan of up to $2 million and an outright grant of up to $10,000, both of which were supposed to be dispensed in three days.

But for weeks, most businesses could not find out what happened to their application. Initially, only 124 loans in New Hampshire were approved. The agency, overwhelmed, stopped accepting new applications, and only opening up the second round for applications from farmers.

Finally, nearly two months after the program opened, the SBA disclosed that as of May 17 it has given out more than 250,000 loans nationally for nearly $25 billion. Last week, it said that as of May 8, it gave out 3 million grants totaling nearly $10 billion, meaning that it still has about $50 billion to dispense. It is not clear how much of that money will be swallowed up by the backlog.

Because of the problems with the federal loans, New Hampshire has allocated $400 million of $1.25 billion in flexible CARES Act funds for a Main Street Relief Fund grant program. The parameters of that program have yet to be determined, but Jerry Little, who heads the Governor’s Office for Emergency Relief and Recovery (GOFERR) said Tuesday in a webinar sponsored by the Business and Industry Association of New Hampshire that the fund was set up to “to assist those who have been shut out of previous programs,” so those who have gotten SBA help might have to “go to the end of the line so it can serve small business that have not received other funds.”

Businesses that want the Main Street funds must pre-apply on the GOFERR website by Friday, May 29, and then submit a final application the following week.