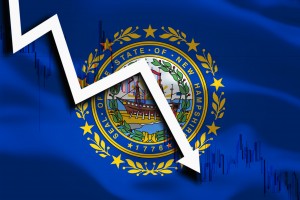 Maybe the just-passed business taxes and that big rainy day fund will help – but those new teaching restrictions on “divisive concepts” probably won’t.

According to “America’s Top States for Business” rankings released Tuesday by CNBC, New Hampshire cannot compete with much of the country. In its 13th study since 2007, CNBC dropped the Granite State 12 spots to No. 37 this year. (We’re still ahead of Maine and Vermont, but trailing Massachusetts, which landed at 14.) Virginia took first, and the report mentioned specifically its steps toward improving equity and diversity and expanding voting rights, even making voting day a state holiday.

The scores are based on how states market themselves and how frequently they use each of the categories in economic development marketing materials.

According to CNBC, New Hampshire’s high cost of living and aging workforce are particular barriers, earning a D and D+, respectively. The study judged workforce by a state’s success in attracting college-educated workers and diversity. The state did a little better with a C- in the “cost of doing business” category, which looked at business taxes and tax breaks. (Next year may bring better scores here. In the just-passed budget, business profits taxes will drop from 7.7 percent to 7.5 percent, and the interest and dividends tax will gradually end all together.)

Even the state’s economy, touted by Gov. Chris Sununu as one of the strongest in the country, got a D. That score was based on credit ratings; budget spending, revenue, and reserves; pension obligations; health of the real estate market; and economic and job growth. Worse, the state earned an F in “access to capital,” a rating based on the use of federal Covid-19 aid, loans to small business and venture capital investments.

The state’s best score may surprise those who feel New Hampshire could do a better job investing in its public universities. New Hampshire earned an A- in education, which looked at state support for higher ed as well as K-12 test scores, class size, and spending. Next up was “business friendliness” – a measure of business regulations – and “life, health, and inclusion,” which measured not only health care, crime rates, and environmental quality, but also a state’s success in ending the pandemic.

Sununu’s office could not be immediately reached for comment.

The state Democratic Party was quick to tie the rankings to Sununu’s leadership.

“Chris Sununu’s policies prioritizing Mitch McConnell and special interests are making New Hampshire an inhospitable state for small businesses owners,” said NHDP Chair Ray Buckley. “This report shows what people in New Hampshire have known for a long time, which is that Chris Sununu is more focused on being courted by national Republicans than working for Granite Staters.”