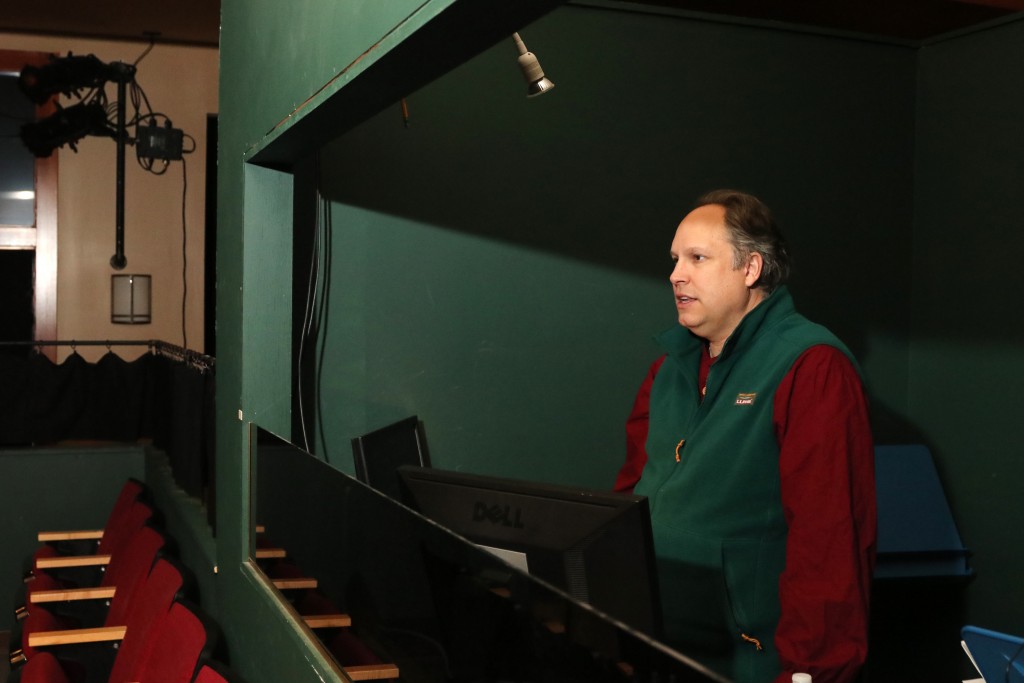 The pandemic has been ‘incredibly challenging for smaller operations,’ says Andrew Pinard, owner of the Hatbox Theatre in Concord. (Photo by Allegra Boverman)

New Hampshire’s shuttered venues are opening again, and nearly all of them are desperately awaiting federal aid promised back in December, a time when they were closed.

In the meantime, the state has stepped forward to fill the gap, but it appears that help will only mainly go to venues too big to even qualify for federal help.

“The process has been going unbelievably slow,” said Nicolette Clarke, executive director of the Capitol Center for the Arts, about the $16 billion federal Shuttered Venue Operators Grant program’s approval process.

The Shuttered Venues Operators Grant (SVOG) program is part of the stimulus bill signed into law shortly after Christmas, but on Monday, the first day of summer, the Small Business Administration reported that out of 14,416 applications seeking $11.6 billion, it has only awarded $833 million to 1,445 venues, including just two in New Hampshire for a total of $115,494.

Nine of ten applicants haven’t received anything, and more than half the applications have yet to be reviewed.

The frustration has even reached the ears of the U.S. Senate – including New Hampshire’s Jeanne Shaheen and Maggie Hassan – who originally backed the measure, once referred to as Save Our Stages.

In a letter sent last week by senators, the urged the SBA “to take immediate action to ensure that the relief reaches eligible applicants without further delay. Bureaucratic process cannot stand in the way of getting these desperately needed funds out the door.”

It took months for SVOG to even accept applications, and by the time it was launched Congress had already passed another bill, adding $1.25 billion to the program and enabling venues that took part in the Paycheck Protection Program to apply for assistance. SVOG did launch on April 8, but the portal crashed, and it took until April 23 before it started accepting applications.

SVOG’s rules are more flexible than the PPP, and the awards more substantial providing 45% of their 2019 gross earned revenue up to $10 million.

But the process is much more cumbersome than the PPP or the Restaurant Revitalization Fund, another program launched at roughly the same time. Ask Scott Hayward, the Tupelo Music Hall owner, who because of an attached restaurant, applied to both, although he still hasn’t received money from either.

“The SVOG grant literally took weeks. We had to open accounts with the government. The RRF took me 25 minutes,” Hayward said.

The problem is that they are “treating it like a grant program, rather than disaster relief,” said Andrew Pinard, executive artistic director of the Claremont Opera House and owner of the Hatbox Theater in Concord.

One reason for the slow rollout is that priority is given to venues with the greatest losses, with priority first given to those with a 90% revenue or grater drop, followed by those with a 70% or greater loss and, finally, those with 25% loss or greater. But since the SBA counts donations as part of earned income, many places can’t make the first tier.

The Capitol Center, for instance, lost 97% in ticket sales, said Clarke, but many donors upped their game to keep the theater alive, and therefore it was knocked into the second tier.

But Clarke noted that theaters haven’t applied for all the funds allocated, and asked why there’s such an effort in prioritizing when “supposedly there is enough for everyone.”

Venues are slowly opening, up but have been slow to take advantage of the drop in Covid cases and increasing vaccination rates, since they have to book and sell tickets so far in advance.
“It’s incredibly challenging for smaller operations,” said Pinard.

There is hope SVOG will pick up its pace. All three of the theater owners interviewed said they heard through their trade group that there was a shakeup down in Washington “because of inefficiency and lack of capability,” said Pinard.

The state and small venues

Meanwhile, New Hampshire has set up its own program – the Live Venue Relief Program – that gave out $12 million to 43 venues in the fall. The $18,000 Hatbox received was welcome, said Pinard, ”but every penny went to paying rent and heating the venue when no one was in it.”

On June 11, the state added the Live Venue Assistance Program, which will provide up to 75% of their operating expenses, or $750,000, whichever is lower. The deadline for that program is July.

But to be eligible, you have to be “categorically excluded from participating in the federal SVOG program,”  the rules state,  and venues had to have received funds through the previous Live Venue Relief Program.

The exception is venues that have more than 500 employees or are part of a chain, like Live Nation, said Hayward.

Pinard thought that only the Bank of New Hampshire pavilion, the Fisher Cats Stadium and New Hampshire Motor Speedway will get any money. As of Friday, the state had received 15 applications.

“It is the small venues that are really struggling,” said Pinard.

“I don’t really see the purpose of it,” added Hayward.

The purpose is to fill in gaps of funding, explained Business and Economic Affairs Commissioner Taylor Caswell, who’s also executive director of the Governor’s Office of Emergency Relief and Recovery, which administers the fund. Caswell agreed that most of the new state funding would go to bigger venues, but the others venues, presumably, will eventually be well funded by SVOG.

“They are frustrated at the federal government,” he said. And if that doesn’t come through, perhaps the state can step in again “down the road.”