One-tenth of company’s addition of 12,000 new jobs worldwide slated to be based at Merrimack campus 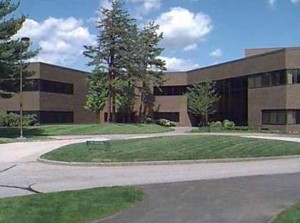 This is the third consecutive year that Fidelity has added a significant number of jobs at its Merrimack campus.

Fidelity Investments Inc., already one of the largest employers in New Hampshire, is about to become even larger.

The massive investment firm announced Thursday that it plans to add 1,200 jobs at its Merrimack campus – one-tenth of a total 12,000 jobs that the company said it will add worldwide.

It’s the third consecutive year that Fidelity has added a significant number of jobs in Merrimack, which is already home to about 6,500 employees.

According to Joe Murray, vice president of government relations and public affairs in Merrimack, the company expect to add the jobs between now and the end of the third quarter, primarily customer-facing and technology positions.

The latest hiring spree comes “in response to our continued customer engagement and to stay ahead of emerging customer needs, putting us on track for a third consecutive year of record hiring,” Murray said.

“We know that people are looking for flexibility, variety and the freedom to explore areas of interest, and Fidelity can offer that,” said Kirsten Kuykendoll, Fidelity’s head of talent acquisition, in a press release. “Our new career development programs help associates explore what’s next in their careers, learn skills for the future and improve on processes across our businesses that will make an impact on peoples’ lives.”

The company also said that the latest manpower boost could bolster its investment in digital platforms at a time of increased customer interest in cryptocurrency and direct indexing.

The announcement came a day after Fidelity, the top 401(k) provider in the U.S., unveiled plans to offer bitcoin as an investment option, marking the first time cryptocurrency is available for retirement savings plans.

The firm manages 401(k) plans for more than 20 million people across 23,000 companies. Fidelity has $11.3 trillion assets under administration, including discretionary assets of $4.2 trillion.

Fidelity in 2021 reported revenue surpassing $24 billion, a 15% year-over-year increase, along with another record year for profits, with $8.1 billion in operating income.