Measure would let communities regulate rentals, not ban them 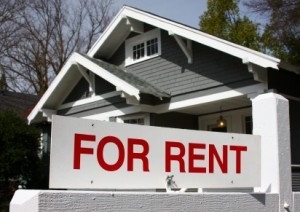 Jim Luther has a story about short-term rentals, about the time he saw a bus pulling up to a rental that technically sleeps 22 people across from his cottage in Sunapee.

So does Deb Sullivan in Gilford, who watched as vacationers were lighting fire pits on their front porches.

But Krista Karnan, co-chair of the White Mountains Board of Realtors has a story too. After her mother died, her father was able to rent out a home to short-term renters to keep solvent while he grieved. “Without short-term rentals my father would have gone bankrupt or lost his home,” she said.

All were testifying in a marathon hearing held by the NH Senate Commerce Committee on Senate Bill 249, a measure that would regulate short-term rentals.

The bill’s sponsor, is the committee’s chair, Sen. Harold French, R-Franklin, who filed a bill in reaction to numerous local ordinances that were attempting to regulate and limit short-term rentals in such a way that they effectively ban them. But after getting an earful from municipalities and residents fed up with rowdy vacationers, he realized that “his initial bill was problematic” and proposed a “new and improved version.”

His proposed amendment gives towns more rights to inspect and even charge a “reasonable” fee to do so. “It balances the rights of the private homeowners with the need of a town to regulate for health and safety.”

Short-term rentals are not new, but online platforms like Airbnb have increased their popularity, particularly in the Lakes Region, the White Mountains and the Seacoast. A study released last October estimated that such rentals had at least a $45 million economic impact on the Mt. Washington area alone.

And now that third-party platforms directly pay the rooms and meals tax, short-term rentals account to about $20 million a year in revenue, 30 percent of which goes back to the cities and the towns.

But since such properties are residential in nature, they are not subject to regulations that most hotels and inns have to deal with. So towns are drawing up various regulations.

Laconia, for instance, limits non-owner occupied short-term rentals to two zones, defining “occupied” as 150 days a year to allow for snowbirds. There are exemptions for people who have been renting out units for a long time as well as others but, only if it’s for the benefit of the community. Laconia also charges a $250 registration fee, and limits occupancy to nine people for 1,400 square feet.

“We are just trying to put guardrails on this,” said Mayor Andrew Hosmer.

“We wouldn’t allow hotels and motels in residential neighborhoods,” added Laconia City Manager Scott Myers. “What this really prevents is investors buying housing stock and using it for Airbnb.”

But co-sponsor Sen. William Gannon, R-Sandown, argued that towns are going too far, calling some of Conway’s rules “nitpicky.” He said, “I’m very concerned that you are going to overregulate, to limit someone’s enjoyment of their home. I’m worried that the towns will get carried away.”

The legislation has the strong backing of the NH Association of Realtors.

“It doesn’t take away the municipalities’ authority to regulate,” argued Chris Norwood, chair the of the association’s policy committee. “We have no doubt short-term rentals caused problems, but some bad actors that doesn’t give the town the rights to ban them.”

He also said that short-term rentals account for 5 percent of the area’s housing stock, not 20 or 30 percent as in other places, like Stowe, Vt. He argued the bill, particularly the proposed amendment, “seems to strike a happy medium, a controlled rental environment.”

“I think this is a reasonable compromise,” added Nathan Fennessy, the association’s attorney. Vacation rentals aren’t new, he said. “What is new is municipalities reinterpreting their zoning ordinance to ban them.”

However, Heidi Milbrand, president of the New Hampshire Bed and Breakfast Association, didn’t see anything happy or reasonable.

“It seems you want to put us out of business,” she said. She said investors are buying up “cheap buildings to rent them out without oversight.”