Measure also would expand exemption for interest and dividends tax 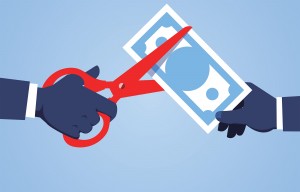 Does a bill to continue to cut business taxes help just large business or all businesses? That was the question raised during Thursday’s Senate Ways and Means Committee hearing on an omnibus tax and fee bill.

Senate Bill 13 would also increase exemptions on the interest and dividends tax but the key focus was on continuing cutting the business profits tax and business enterprise tax rates, without regard to how much revenue comes in,

The rate-cutting language mirrors that in House Bill 10, which has been introduced by House Speaker Sherman Packard.

The bill also removes triggers included as a compromise during the last year budget. They would have allowed the rate cuts only if revenue had increased by more than 6% but would allow increases if revenue falls as much.

The point is “not putting out some guidelines and some test,” said Senate President Chuck Morse, R-Salem, the bill’s sponsor. “That’s not the message you want sent to business.”

The proposal would cost the general fund $53.7 million over the next four years, according to the fiscal note filed with the bill, though supporters contend that the business it would attract and grow would offset that.

“This reduction is important because businesses are struggling right now because of the pandemic,” said Morse. He said it is particularly important for small businesses “that are stretched to the breaking point through no fault of their own.” Such businesses may see the “end of the tunnel but they are not quite there yet,” he added.

Other supporters have argued that while the earlier round of tax cuts were front-loaded on BPT cuts, helping larger businesses, these cuts have more of an impact on the BET, helping smaller business.

The show of leadership support indicates that lawmakers are likely to cut business taxes this year, but the exact rate will probably be set in the budget.

Morse also took aim at another tax – the 5% I&D tax – mainly paid by individuals – by increasing exemptions, but unlike some of his colleagues in the House, his bill would only affect double the $1,200 exemption for those over 65, or who are disabled or blind to $2,400.

The bill also lets various occupational boards set fees. Currently, lawmakers have to adjust the fees, usually at the request of the boards.