With an eye toward this year’s revenue windfall, committee votes unanimously for measure 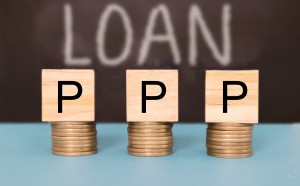 The bipartisan 23-0 vote to approve Senate Bill 3 without amendment indicates the measure is likely to pass the full House next week and be sent to Gov. Chris Sununu for his signature.

The vote came a week after the latest estimate that the bill would cost the state treasury nearly $100 million, and the day before getting an update from the Department of Revenue Administration on how it would will affect the state budget.

But the committee recognized that there were so many variables and unknowns that any estimate is “very approximate,” in the words of Rep. Susan Almy, D-Lebanon.

“At the end of the day, it’s not a mathematical equation,” said Rep. Walter Spilsbury, R-Charlestown, who offered one amendment limiting the tax exemption and had another in the wings.  “But we had more revenue than planned, and we can afford to give it back as a one-time thing.”

So far, the state has collected $172 million more in revenue than expected this fiscal year, said Rep. Patrick Abrami, R-Stratham. Abrami didn’t even mention nearly $1 billion in aid the state is expecting from the American Rescue Plan.

The SBA forgives PPP loans when proceeds are spent on payroll and other specified expenses, but the forgiveness process takes some time.  As of May 24, the SBA has forgiven a total of $280 billion of the $521.2 billion lent nationally last year, with more than $80 billion in process. The agency still haven’t received $160 billion in forgiveness applications and it hasn’t even begun to forgive the loans it approved this year.

There is no state-by-state breakdown of forgiveness rates, but Joe Bator, Primary’s executive vice president, said that out of the 950 first-round loans it made in New Hampshire, 700 have been submitted to the SBA and all but 50 have yet to be forgiven. None has been rejected.

A loan only becomes taxable under New Hampshire when it is forgiven, though the expenses can be deducted. That puts the state at odds with the federal government, which decided not to tax the income or the expenses. and more than 40 states in the country, including every state in New England.

Most states do this automatically, since they conform to the current federal tax code, but New Hampshire updates its code ever few years, so it needed to pass a bill like SB 3 to update this particular provision.

SB 3 sailed through the Senate, with sponsors stressing that the Granite State can’t lag behind the federal government and Massachusetts when it comes to being tax friendly to businesses.

During its four meetings on the bull, House Ways and Means Committee members questioned wither it was fair that businesses could to deduct both income and expenses, and whether the bill would only help those making enough of a profit to even pay the Business Profits Tax. Smaller business that pay the business enterprise tax don’t pay taxes on the PPP revenue, and therefore wouldn’t be helped by SB 3.

In the end, pressure from the business community turned the tide.

“The chambers reminded us what a lifeline this was to so many businesses,” said Abrami. “This was a relief money. The question is: Should we tax relief money or not?”

“We are doing the right thing,” said Rep. Richard Ames, D-Jaffrey, adding that Congress passed the PPP “as a stimulus program, as an investment in the economy.”

Meanwhile, while the PPP doesn’t officially end until Memorial Day, on May 4 the SBA suddenly told banks to stop accepting new loans for fear of depleting the program’s funds, though it did say it would process loans in the pipeline.

For instance, Primary Bank submitted three loans that day, and the SBA eventually approved all of them, though it could not accept applications from those businesses that walked into the door the very next day.

Primary referred those applicants to community financial institutions, which still have $9 billion in PPP loan specifically set aside for them. Unfortunately, New Hampshire doesn’t have any CFIs that are participating in the PPP program.

“It would have been nice if they gave us at least a day’s notice,” said Primary’s Bator.