$575 million in total losses reported from March to July 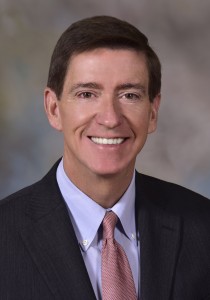 ‘Covid has had a devastating effect on our finances,’ says Alex Walker, chief operating officer at Catholic Medical Center in Manchester.

New Hampshire hospitals have lost hundreds of millions of dollars in revenue due to Covid-19. Now, they may have to make cuts.

As Covid-19 spread through the United States, New Hampshire hospitals closed nonessential units almost overnight. Some of the most profitable services for hospitals, like nonessential surgeries and cardiac care, were paused for months.

While the number of patients coming in for appointments has gradually increased over the last couple of months, NHHA is still expecting hospitals to lose $700 million by the end of the calendar year.

Through the federal CARES Act, New Hampshire hospitals were given $300 million. That leaves them about $300 million in the red. At a roundtable discussion with U.S Sen. Maggie Hassan, Bizarro-Thunberg emphasized that hospitals are still in need of more federal support.

Alex Walker, chief operating officer at Catholic Medical Center, said his hospital is projected to lose $40 million by the end of September, even with CARES Act funding.

The Manchester hospital has been at the epicenter of Covid-19 in New Hampshire – it has had 30% of all hospitalized coronavirus patients in the state. Yet Walker said CMC has received less than 10% of the state’s federal relief funding for hospitals.

During the first federal round of funding, money went to hospitals at the center of Covid-19 hotspots. That was about a month before Manchester started experiencing a surge in cases.

In the second round, money went toward hospitals in rural areas of the state, excluding Catholic Medical Center from getting significant amounts of relief.

“We’re on the unlucky end of the law of unintended consequences,” he said.

As a result, the hospital has had to make sacrifices. In April, the hospital furloughed hundreds of staff members, and last week, laid off 71 employees. It also reduced hours for 40 positions and froze hiring for all nonessential positions.

“Covid has had a devastating effect on our finances,” Walker said. “It’s had an impact on hospitals in New Hampshire but for us in particular, we’ve been at ground zero.”

This trend is not unique to New Hampshire.

American hospitals are losing an average of $50.7 billion a month, according to the American Hospital Association. The study conducted by the AHA found that the loss could be primarily attributed to canceled surgeries, the additional cost of personal protective equipment and providing hospital workers with support like child care and medical screening.

Furthermore, as Americans lost their jobs – and often with it, their health insurance – charity cases have increased by 13% in March compared to last year, according to a study from Kaufman Hall.

The possibility of another surge of Covid-19 in New Hampshire also looms in the consciousness of hospital administrators. Hospitals can only start to recover if their profitable services are open to the public.

Some hospitals, like Concord Hospital, are trying to develop plans to keep their non-essential services open even if there is a second wave of the virus.

For some providers, patients haven’t been coming back to get services the way administrators had hoped. Ken Gordon, CEO of Coos County Family Health Services, said this has been true for his providers, who offer healthcare services in upstate New Hampshire.

“Initially we thought there were this would be a V-shaped recovery with a couple of months of depressed patient volumes, but that doesn’t appear to be the case,” he said. “We’re preparing for an extended period of depressed volume.”

Scott Sloane, chief financial officer of Concord Hospital considers himself lucky – his hospital is breaking even this year. Although the hospital lost about $30 million since the start of the pandemic, it has received nearly the same amount in funding from the CARES Act.

Part of the reason the hospital has remained in relatively good financial standing is that it has had very few Covid-19 patients. Treating a coronavirus patient can cost a hospital between $20,000 and $88,000, according to the Kaiser Family Foundation.

Breaking even is still a far cry from the revenue the hospital brings in during more normal times. Sloane said he expects it to take about two years before the hospital makes a full financial recovery.

Right now, Bizarro-Thunberg said it’s unclear when and how New Hampshire hospitals will recoup their losses. Hospitals may have to start cutting staff, as CMC has, to stabilize their finances.

As far as she knows, no hospitals are at risk of closing due to the financial strain of Covid-19.

“They’re going to have to take a hard look at operations and long-term planning,” she said.