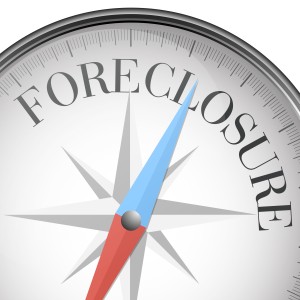 The rate of residential mortgage foreclosures in New Hampshire is stable, remaining among the lowest in the nation, according to a new report.

While Illinois had the country’s highest foreclosure rate, New Hampshire ranked 38th, according to the August 2022 U.S. Foreclosure Market Report prepared by ATTOM, a curator of real estate data nationwide for land and property data.

Government assistance programs during the Covid-19 pandemic helped stave off bankruptcies. Now that those programs have come to an end, foreclosures are returning to pre-pandemic levels, according to ATTOM.

“Two years after the onset of the Covid-19 pandemic, and after massive government intervention and mortgage industry efforts to prevent defaults, foreclosure starts have almost returned to 2019 levels,” said Rick Sharga, executive vice president of market intelligence at ATTOM. “August foreclosure starts were at 86 percent of the number of foreclosure starts in August 2019, but it’s important to remember that even then, foreclosure activity was relatively low compared to historical averages.”

Neighbor Vermont had the lowest rate of foreclosure – 1 in every 111,439 residences.

Meanwhile, the state is slowly inching back from record-setting home prices, according to the latest data from the NH Association of Realtors.

With its release of the August report, NHAR also debuted a website, FastStats, which offers more detail. Previous monthly reports had detail by county. Starting with August, you can dig down into community-by-community detail.

For instance, in Rockingham County, which continues to have the highest median priced homes in the state ($580,000), you can now see specific information for Portsmouth, which had a median sales price for a single-family of $695,000 and a median list price of $725,000 in August.

Other examples: Concord in Merrimack County (median single family price of $425,000) had both a median sales price and median asking price of $320,000. In Hillsborough County ($465,500), Manchester’s median sales price was $370,000 while the median list price was $349,900. This kind of data is helpful because, for instance, it shows that in some areas homeowners are still able to sell their homes at prices above asking, while in other areas that trend is cooling.

In the residential condominium market, the statewide median price stood at $360,000, 26.3 percent higher than August 2021.

“Inflation, higher interest rates, and fears of a potential recession have taken a toll on buyers and sellers this summer, leading many people to stay on the sidelines to see what will happen with the market,” the NHAR said.

“Repossessions are likely to continue running below pre-pandemic levels for several reasons, most importantly that over 90 percent of borrowers in foreclosure have positive equity in their homes, and would benefit from selling these properties at a profit rather than risk losing everything to a foreclosure auction or lender repossession,” Sharga said.