‘Extremely difficult to predict’ but industry is somewhat hopeful 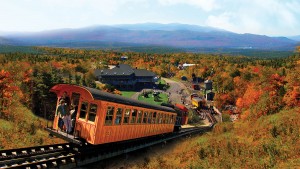 As the air turns crisp and New England’s characteristic fall colors begin to emerge, New Hampshire businesses are bracing for a leaf peeping season that could look quite a bit different than in years past.

Travelers coming to the Granite State will encounter some noticeable changes this year, such as the requirement that visitors from outside New England must quarantine for 14 days before their arrival. But the number of visitors planning to come to the state, and their impact on a hard-hit tourism industry, remains to be seen.

According to Lori Harnois, tourism director for the New Hampshire Division of Tourism and Travel Development, the state’s tourism industry appeared to perform strongly in July and August this year, based on collection of state meals and rooms taxes and feedback from businesses.

It’s less clear what the autumn season will look like, and with all of the variables at play in light of Covid-19, she said the division isn’t attempting to forecast the number of expected visitors.

“It’s really extremely difficult this year to predict what will happen for visitation in the season ahead,” Harnois said. “But obviously, we’re hopeful for a safe and successful fall foliage season.”

The division has created an online resource page for visitors, with information about Covid-19 guidelines, requirements for travelers from outside of New England, and restrictions in place for different types of businesses.

Happy to break even

Some are expecting to be busy despite the effects of the pandemic. The Mount Washington Cog Railway, one of the state’s most popular tourist attractions, was fully booked toward the end of the summer, according to marketing director Rob Arey. And as the peak foliage weekends approach, Arey said he doesn’t expect the traffic to slow down. 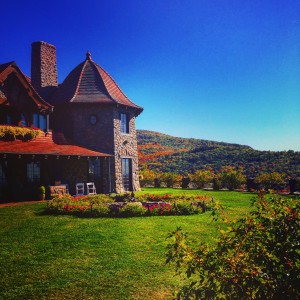 Castle in the Clouds, a historic mansion and estate in Moultonborough, saw its visitation decline by about 50% this summer compared to previous years and is expecting a similar scenario this fall. (Photo courtesy of Castle in the Clouds)

“I’m sure we’ll be sold out, and we’re already actually starting to see some of our steam train trips for the main weekends in October that normally are the big foliage weekends, are already sold out,” Arey said.

He said the sellouts are partially due to capacity limitations mandated by the state, which require the railway to book only half of its typical passenger load. In light of Covid, the attraction is also requiring passengers to wear masks at all times and is following an increased cleaning protocol. Still, the railway’s profits have taken a hit, as bookings are typically sold out in the fall even when the trains are operating at full capacity.

“A year like this year, if we can break even, we’ll be happy,” Arey said.

For the first time this year, most state parks and campgrounds are staying open past Labor Day, according Brent Wucher, spokesperson for the state Division of Parks and Recreation.

Day-use parks will be open until the end of September to accommodate leaf peepers, while some campgrounds will stay open until Columbus Day weekend, Wucher said.

Since the start of the pandemic, Wucher said state parks have seen more weekday visitation than in the past, likely due to the flexibility of work-from-home schedules. The agency’s revenues have declined, but Wucher counted the summer as a success, noting that when the outbreak began in March, there was talk of having to shut some of the parks down indefinitely.

“What is a better place to social-distance than the outdoors in a park?” Wucher said. “Compared to past years, we did see a significant drop in visitation, but nowhere near what we thought we were looking at the beginning here.”

The parks have been operating on a reservation system, which has allowed officials to monitor visitation at popular destinations such as Mount Monadnock in Jaffrey, where the number of hikers surged early in the pandemic. As of Aug. 20, the parks had processed 194,869 day-use reservations for the summer season, representing 564,430 visitors, according to a by the State Park System Advisory Council. Wucher said the reservation system may continue beyond the end of the public health crisis, as it has garnered positive feedback so far.

Some other tourist destinations, such as Moultonborough’s Castle in the Clouds, are expecting a starkly different fall season this year.

The historic Lakes Region mansion and estate, which is open for tours, dining, hiking and other activities, typically sees about a third to half of its annual visitors in September and October, according to Executive Director Charles Clark. But this year, all of the bus tour groups that typically stop at the property have been canceled, and about two-thirds of the weddings scheduled for the fall season have also canceled or rescheduled.

Visitation this summer was down about 50% compared to years past, Clark said, and the nonprofit organization has turned to grant funding and the federal Paycheck Protection Program to help bolster its finances.

“We’re hopeful that things will be normal enough that we don’t have to push back opening again next spring, because we really would like to start welcoming guests back as soon as we can next year, and hopefully at a higher volume than this year,” Clark said.

Some of the same challenges are apparent also at Aldworth Manor in Harrisville, which operates lodging, event space and a restaurant.

Owner Shane Long said the summer and fall are typically the manor’s busiest for weddings and other events, but all but two of the business’ large fall events have been rescheduled, primarily for next autumn.

While Long does expect to have some leaf peepers coming through to stay or eat at the restaurant, he said this year has been the “worst yet” for the business.

“Next year it’s going to be a really packed year,” Long said. “Hopefully we can gain some ground back.”