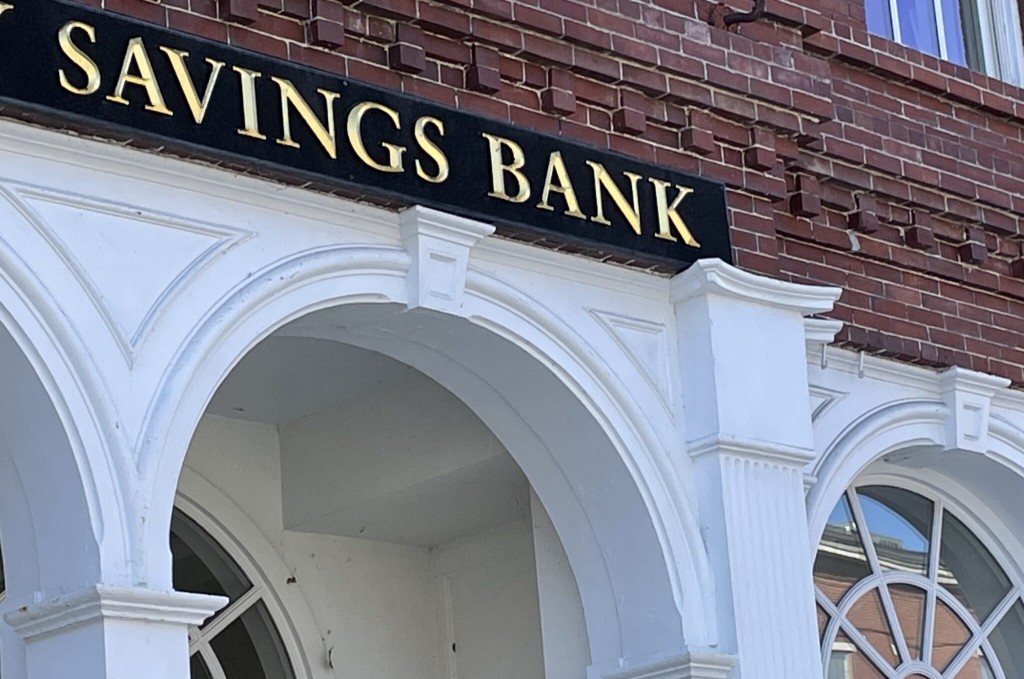 A federal proposal to require banks to file financial reports about U.S. bank accounts to the Internal Revenue Service has attracted sharp criticism from New Hampshire Republicans in recent weeks – with the governor and House speaker arguing it will impinge on privacy and freedom.

But as lawmakers tinker with the idea down in Washington, the proposal is drawing concern from another sector: the state’s banks.

Bank representatives and advocates for expanding banking services to communities in need say the proposed reporting policy could drive away lower-income clients from opening accounts at all – the same population they say they are trying to reach.

“This is not a great idea,” said Bob McLaughlin, executive director of the National Collaborative for Digital Equity, a New Hampshire-based nonprofit that focuses on closing gaps in economic and financial opportunity for low-income families.

“Unbanked and underbanked families are really gun-shy about banking – otherwise they’d be banked,” McLaughlin continued. “… This is going to make that problem even worse.”

Under the original proposal, which must be approved by Congress, the U.S. Treasury would require banks to send certain aggregate financial information to the IRS on accounts with at least $600 in combined inflows and outflows in one year. That information would include the total amount of money going into the account and leaving the account in one year; the IRS would then use that information to look for any anomalies that could spark an audit over income taxes.

The idea, supported by the Biden administration, is to create a new tool to help weed out high-income tax evaders, allowing the IRS to pull in lost revenue and help pay for a $3.5 trillion proposed spending package under negotiation. Democrats have cited a September Treasury report that found that the wealthiest 1 percent of earners in the country have failed to pay as much as $163 billion in taxes per year.

Treasury Secretary Janet Yellen has said the administration intends to use the tool to find those high earners and will not target individuals making less than $400,000 a year.

But critics have said the threshold is too low, and could capture millions of accounts that the IRS is not intending to audit.

The pushback has included New Hampshire’s U.S. House and Senate representatives, who have quietly been urging colleagues to amend the approach. On Oct 7, Rep. Chris Pappas sent a letter to Rep. Richard Neal, the chairman of the Ways and Means Committee, passing on concerns from constituents that the minimum threshold is too low.

The criticism prompted Senate Democrats on Tuesday to amend the minimum threshold from $600 in annual activity to $10,000, the New York Times reported.

To McLaughlin, that adjustment doesn’t change what he sees as the fundamental problem with the approach: The reporting requirements will lead to the perception among some that depositing money into bank accounts is risky.

“It’s a challenge to convince somebody who’s had bad experiences, and this is going to make that worse,” he said.

McLaughlin knows the problem well. As head of the national collaborative, he’s been supportive of the efforts of campaigns like BankOn, which recruits banks across the country to offer accounts tailored to lower-income people who may not have a bank account.

People who are unbanked aren’t avoiding an account because they haven’t been offered one, McLaughlin said. Often, they’re avoiding one because they had one in the past and had a bad experience. Tenants who have checking accounts with bounced check penalties, for instance, have to be very careful: If a rent check is deposited by their landlord at a time when their bank account is too low, the bank could penalize them with a fine.

New Americans and resettled refugees sometimes distrust banks because they compare them to untrustworthy institutions from their countries of origin.

Those perceptions can stick for a while; breaking them requires offering those residents simple, fee-free accounts with no strings attached. A new IRS reporting requirement could work against that strategy, he said.

As the proposed rule continues to be hashed out within the broader reconciliation package, New Hampshire Republicans have wasted no time castigating it.

“This ‘stop-and-frisk’ approach includes giving the IRS more information on people’s personal bank accounts of transactions over $600, so it has a better idea of who to audit,” said House Speaker Sherman Packard. Majority Leader Jason Osborne called it a “gross invasion of privacy.”

And Gov. Chris Sununu has joined in. “This whole idea that the wealthy are going to pay for this … well that’s out the window because now they’re going after everyone that has a $600 transaction in their account,” Sununu said at a press conference last week, referring to the reconciliation package.

On Oct. 15, the state’s attorney general, John Formella, joined attorney generals in 19 other states in formally opposing the rule in a letter to Biden and Yellen, noting similar concerns.

New Hampshire congressional Democrats have also been working toward reining in the approach, though have not completely disavowed it.

In his Oct. 7 letter to Neal, provided to the Bulletin Wednesday, Pappas wrote that his office had been contacted “by a number of Granite Staters expressing concerns about this proposal,” citing worries that “only several hundred dollars in transactions would be subject to Internal Revenue Service reporting requirements.”

“Our economy is dependent on the strength of our middle class, and it is imperative that we balance the need to ensure that everyone pays the share of taxes that they owe, with the right to privacy we all enjoy, and the compliance burden that overly onerous requirement can place on small businesses,” Pappas wrote.

In a statement to the Bulletin Wednesday, Pappas said he was “encouraged” by the movement of the proposal to the $10,000 threshold.

New Hampshire’s senators have also worked to influence the new changes, they said.

“Following pushback from Sen. Hassan and others, there is growing consensus that this provision cannot be set at $600, and discussions continue on the specifics of the proposal,” Laura Epstein, a spokeswoman for Sen. Maggie Hassan, said in a statement. “Sen. Hassan will continue to evaluate this and other potential provisions in the budget bill based on priorities for Granite Staters.”

A spokeswoman for Sen. Jeanne Shaheen echoed those comments.

“Sen. Shaheen believes the highest-income earners should pay their fair share,” the spokeswoman, Sarah Weinstein, said. “She opposes the $600 threshold and will keep monitoring ongoing negotiations.”

Amid the debate, New Hampshire banks have quietly put forward their own opposition, advancing arguments similar to McLaughlin’s.

The new reporting requirements could scare away potential new clients and hamper their own ongoing effort to reduce the percentage of people who are “unbanked,” said Kristy Merrill, president of the New Hampshire Bankers Association.

New Hampshire has the lowest percentage of unbanked people in the United States, with just 0.5 percent of the state unbanked, according to a 2019 survey by the Federal Deposit Insurance Corporation, the latest available. That’s in contrast to Mississippi, where 12.8 percent of households reported not using banks or banking institutions at all, the highest in the country.

Merrill said the banks’ policies have helped the state get to this point, from offering low-cost checking accounts to waiving fees. “But by doing this, I mean, that’s just a huge deterrent,” she said. “They’re not going to be interested in having a bank account if they think their information is going to the IRS.”

That change of heart could have a lasting impact on the client, bankers argue, and could drive them into costlier financial products.

New Hampshire bankers have a second argument: That the additional requirements will create a new burden for them, and could drive consolidation among the existing community banks down the line.

Banks already are required to carry out reporting of suspected fraud and suspicious activity, noted Ron Magoon, president and CEO of Franklin Savings Bank. But that reporting is generally related to criminal affairs.

“We’re already doing those things – anti-money-laundering, ‘know your customer’ regulations, red flags regulations – there’s already a lot of regulations that are in place for us in terms of the relationship we have with our customers,” Magoon said. “This would create a burden for financial institutions.”

Most of banks’ federal reporting information is sent to the U.S. Financial Intelligence Unit, a division of the U.S. Treasury otherwise known as FinCEN, which helps investigate financial crimes. Currently, there is no arrangement where banks provide information for federal tax audits.

Merrill and Magoon argue that those financial reporting requirements, carried out at the discretion of banks, are different from a catch-all requirement contemplated by the proposed change.

And they say the burden of complying would cause particular struggles for smaller community banks. To comply, banks would likely have to update their software, which is provided by “core vendors”; that process could cost tens of thousands of dollars, Merrill said. Banks might also have to consider increasing personnel to carry out the requirement.

The new requirements could be the type of regulations that force further consolidation, as local banking chains succumb to the pressure and seek regional partners. That trend has already been accelerated by regulations imposed after the 2009 Great Recession under the Dodd-Frank Act, Magoon said.

“If you talk to banks that have been around for a while, they maybe used to have a compliance department of one person,” Merrill said. “And they keep having to add additional staff” due to the additional regulations, she added.

Even with the higher reporting threshold being floated by the White House, Merrill said the association is still opposed.

“Even if they narrow it to $10,000, if you think about that, if you live in New Hampshire and you pay rent, or if you have a mortgage, then you’re probably going to have $10,000 worth of inflows or outflows on an account in the aggregate,” Merrill said.

For Magoon, the key issue when it comes to retaining clients is in the political optics. “Whether we like it or not, there’s a lot of people who just have a general mistrust of the government and really don’t want the government involved in their personal affairs.”

The better solution to tax avoidance among high-income earners, he and others said, was to invest federal money into strengthening the IRS’s enforcement teams.

“I love being taxed as little as the next person, you know?” McLaughlin said. “But that said, I think as public policy, as a citizen, I think we need to make sure that the umpire is adequately paid to call balls and strikes.”