Most New Hampshire tenants are paying rent, despite eviction stay

But landlords say some renters are taking advantage of loosened rules 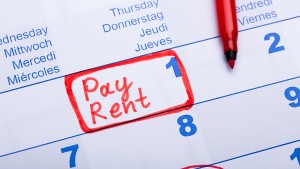 While the majority of New Hampshire renters are still making their monthly payments, some tenants appear to be taking advantage of the Gov. Chris Sununu’s order banning evictions during the Covid-19 state of emergency, according to two landlords and groups representing the property owners.

Nick Norman, director of legislative affairs for the Apartment Association of New Hampshire, is in touch with landlords across the state. Some of them, he said, are reporting they have tenants who are receiving financial assistance – be it in increased unemployment compensation or from a rent assistance program – but are not paying the rent.

“The governor was very, very clear, at least twice, that rent is still to be paid,” Norman said. “The problem is there’s no consequence for a tenant not paying the rent. There are a number of tenants who are abusing the system. It is not insignificant. We’re getting reports from a good number of landlords.”

The number of landlords encountering this problem is unknown, because there is no state database collecting that information, Norman said. To avoid this, the Apartment Association is proposing that financial assistance given tenants to help with rent be paid directly to landlords, following a model used for decades for fuel assistance.

“That’s our primary focus,” he said, noting that the association has been in touch with the governor’s office. Norman said there are proposals for rent assistance payments being considered by the Governor’s Office for Emergency Relief and Recovery, and his association wants to be assured the landlords receive that money.

Most tenants are paying their rent as best they can, Norman said, “but there’s also a fair portion that are just keeping the money and not paying the rent.”

Mike Desroche of Bedford owns or manages 90 apartments located in Manchester, Laconia and Farmington. He said that most of his tenants are paying rent despite the tough economy.

“The vast majority of people are great,” he said. “Some of them were waiting for their stimulus check to come in or waiting for the unemployment money to flow, but once they got those funds, they paid their rent and are continuing to pay their rent.”

Desroche has two tenants who are behind in their rent. When he started eviction proceedings on one tenant, who has not paid since mid-February, the tenant proposed a payment plan to get caught up. However, when the governor issued his no eviction order in March and word got out that landlords could not evict tenants “that was the end of that.”

Right now, landlords can’t even begin the eviction process by serving tenants with a demand-for-rent and eviction notice, Desroche said. “When those forms are issued, it usually gets the people’s attention,” he added.

Sometimes, tenants who are behind in their rent will go to social service agencies or organizations seeking help with the payment. Those groups often ask for copies of the eviction forms. With the no eviction mandate in place, many agencies have now waived the requirement, Desroche said.

Desroche became a property owner in 2008 when the real estate market crashed. The government pumped money to bail out the banks and big business.

“They didn’t really help with the safety net underneath, so many people lost their houses,” he said.

This time, he said, the response to the economic crash is different because the government pumped money “at the bottom of the triangle for working people.” Stimulus checks and increased unemployment benefits have helped many renters. Many tenants have kept up to date with rent “because of the safety net,” he said.

Desroche does not know what will happen come July when the federal increase in unemployment ends. Many of his tenants are cooks and restaurant workers, he said, and if the restaurants are still closed in July “then there could be a problem.”

“Right now, in my opinion, there’s plenty of money out there for people to access,” he said.

Penny Boucher of Lee is president of the New Hampshire Property Owners Association, a group that supports landlords. She checked in with about a dozen landlords last week, most of whom said their tenants are up to date.

“Most everybody said they were doing OK and that most people were paying,” she said. Some tenants are worried about their income month-to-month, however, and how it will affect their ability to pay rent. “So it’s spotty,” she added.

Boucher and her husband rent 21 apartments in Rochester and Epping and have been landlords for more than 20 years. Only two of their tenants are behind on rent, she said. One tenant missed March and April payments but paid in May.

Boucher and her husband, who has a woodworking business, will be able to manage if the tenants don’t pay, she said.

“We can hold on for a little bit,” she said. “It could potentially get worse. For one thing, people are continuing to be laid off and you don’t really know what’s going to happen. You just don’t know. It’s definitely uncertain times.”

Tenants who are behind in rent know that eventually they are going to have to pay, Boucher said.