Size of state’s Black, Latino population makes it difficult to get a clear picture 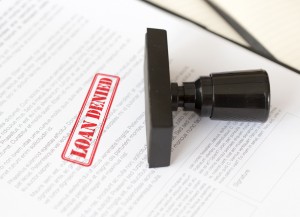 Many people are aware that it is illegal for landlords to discriminate against future and existing tenants because of race, color, religion, sex, familial status, national origin, disability, sexual orientation, or gender identity. But did you know it is also illegal to discriminate based on these factors during the home buying and lending processes?

In New Hampshire, it’s difficult to get a clear picture of exactly why racial and ethnic disparities exist in lending because of the small numbers of individuals in racial and ethnic minority groups. The Federal Reserve Bank of Boston publishes data made available because of the Home Mortgage Disclosure Act. NHLA looked at the data as part of the 2020 Analysis of Impediments to Fair Housing Choice in New Hampshire, which is conducted every five years.

These data showed that Black and Latino mortgage applicants have a higher rate of mortgage denial than the average, and significantly higher denial rates than white applicants.

Although the analysis did not control for other factors such as income, it is consistent with the 2015 analysis that found that in 2013 Latino home mortgage loan applicants were more likely than non-Latino applicants to be denied a mortgage, controlling for gender, income, type of loan sought, race, and geography.

Lending discrimination is an issue that can be found across the country. In the aftermath of the Great Recession and home mortgage crisis, one of the issues to come to light was discriminatory practices in the lending industry. One example is the case of United States v. JPMorgan Chase Bank.

In 2017, the federal government filed a complaint alleging that JPMorgan Chase Bank engaged in a pattern of discrimination in lending on the basis of race and national origin. Specifically, that Black and Latino borrowers had paid higher rates and fees on wholesale home mortgage loans than similarly-situated White borrowers from 2006 through 2009. This was a violation of the Fair Housing Act and the Equal Credit Opportunity Act. To resolve the case, Chase agreed to create a settlement fund of approximately $53 million to compensate victims.

Mortgage lending discrimination is a complex issue. Most people apply for a mortgage only once or twice their lives, making them unfamiliar with the process. Mortgage lending and closings are also complex, with borrowers having to sign hundreds of pages of documents. Inequities have long persisted in access to housing, and the complexity of the process leaves people vulnerable to continued disparities.

Homebuyer counseling and education programs are among the most effective ways to inform new homebuyers about the lending programs that are favorable to them. In New Hampshire, several groups provide counseling and education, including the NH Housing Finance Authority, NeighborWorks Southern NH, CATCH Neighborhood Housing and Laconia Area Community Land Trust.

Helping communities understand how institutional racism and discrimination have impacted housing for decades is another way to address this persistent issue. NHHFA and St. Anselm College’s Center for Ethics in Business and Governance sponsored a virtual seminar in 2020 on historic segregation patterns fostered by U.S. government policy, featuring Dr. Richard Rothstein, author of “The Color of Law: A Forgotten History of How Our Government Segregated America.” This is just one of a number of seminars held in recent years to highlight housing and lending discrimination.