Legislative Preview: The week ahead for New Hampshire lawmakers

Raft of vaccine legislation, other workplace bills on the agenda 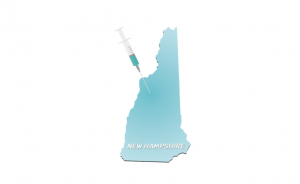 New Hampshire businesses will get a better idea this week whether the state will interfere in what they can do in regards to their employees, whether it involves mandating vaccines or when they can schedule them when the NH Legislature meets this week. Lawmakers will also be considering other workplace and energy-related legislation.

The week will kick off Tuesday with a hearing of the Senate Energy and Natural Resources Committee on Senate Bill 262, which mainly tackles an overlooked aspect of net metering. Thus far, most of the attention has focused on expanding projects eligible for the more commercial net metering rate from 1 megawatt to 5 megawatts. This bill changes the threshold below 1 megawatt that separates getting the best rate, which is enjoyed by residents wanting to put some solar panels on their roof, instead of the commercial rate, which may go to an apartment building or a big box store with a similar setup. The threshold was 100 kilowatts for the better rate; this bill would make it 500 kilowatts, allowing many small businesses to get a better rate.

After. that, SB 321, concerning limited electrical producers, gets a hearing. Those produces generate under 5 megawatts and can’t participate in net metering. It would allow them to sell any excess power, sometimes stored in a battery, to others besides their utility. It’s kind of complicated, since the utility has to be involved, since the power goes over its lines.

At 11 a.m., the House Health and Human Services Committee will be holding a hearing on HB 1347, which would look at the licensing of health care facilities that operate on a membership-based business model.

The Senate Health and Human Services Committee, will start the morning off looking at SB 332, which would give a $300 weekly incentive to frontline workers in nursing homes.

On Thursday, the full Senate will be voting on SB 259, which would allow other entities besides county, municipalities, and school boards to develop larger (1 to 5 megawatts) net metering projects. Businesses are still excluded, but the amended bill would enable the state, housing authorities and the Peace Development Authority to get in the act. The Senate Energy and Natural Resources had unanimously recommended the bill, though the same committee recommended to send to interim study SB 269, which would open up larger net metering projects to the New Hampshire’s university and community college systems.

The big action – when it comes to business legislation – will be taking place at the House Labor Committee, which is scheduled to vote on a number of bills that would prevent employers from taking various measures to protect themselves and their customers from the pandemic. HB 1351 would forbid employers who get public funds from requiring a COVID-19 vaccination. HB 1358 would require businesses to grant “conscientious objector” status to those who want to refuse the vaccine, similar to the status given to those who morally object to killing people to avoid military service. HB 1143 would require employers to pay six months’ severance if an employer leaves as a result of company’s vaccination policy. HB 1377 would give such workers unemployment insurance, raising a company’s experience rating and taxes. HB 1089 would render any noncompete agreements unenforceable if employment ended over vaccination status. HB 1410 would make employers liable for the side effects if an employer suffers as a result of the vaccination. And HB 1415 would require that employers pay for health screenings (Covid tests) that are a condition of employment. All of those bills’ hearings will follow HB 1088, which that would guarantee a worker’s right to get vaccinated.