Ex-senator elected to three-year term to head board of U.S, arm of defense giant 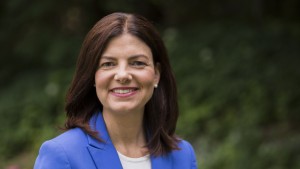 Former U.S. Sen. Kelly Ayotte has been elected the new chair of board of directors of BAE Systems Inc., the U.S. arm of the U.K.-based multinational defense and aerospace contracting giant.

Ayotte, who has served on the company’s board since 2017, succeeds former Homeland Security Secretary Michael Chertoff and will serve a three-year term.

“As a board member, Senator Ayotte’s substantial experience in national defense and security have helped guide our work to support our customers’ most critical missions,” said Tom Arseneault, president and CEO of BAE Systems Inc. “We look forward to the leadership and stewardship she will provide in this expanded role as Chair of our Board.”

The agreement calls for the appointment of outside directors who help to oversee the company’s compliance with U.S. security and export regulations and allows BAE to supply products and services to the Department of Defense, Intelligence Community, Homeland Security, and other federal agencies.