Is it time for NH to have a state bank?

Economic crisis could add fuel to an idea that has been floated, and failed, before 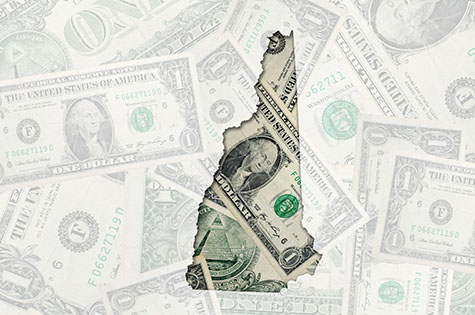 In early April, Gov. Chris Sununu announced New Hampshire would move its cash reserves – about $50 million – from national banks to New Hampshire banks. The goal is to increase local banks’ asset base so they will loan more to small businesses.

What is a state bank?

A state bank is a bank owned and run by the government. A state bank receives deposits of state money and can choose to accept private money, as well. Like any other bank, a state bank pays interest on deposits, makes loans, and so on. The state gets to keep the bank’s income.

North Dakota is the only state in the country with its own bank. The Bank of North Dakota was established in 1919, largely to give loans to local farmers. Now the bank partners with local financial institutions to make many different kinds of loans, from student loans to business loans. The bank also turns a profit for the state.

Arguments for a state bank

The Bank of North Dakota also shows that a state bank can turn a profit for the government (although several other state banks folded before North Dakota succeeded).

Arguments against a state bank

A state bank wouldn’t magically make money, however. The state would have to pay bank employees, cover the overhead at branch locations, obtain a charter, and more. This is on top of the initial capitalization (starting cash), which would be over $50 million.

There are also opponents who are concerned a state bank moves away from capitalism towards socialism. Private banks might have trouble competing with a government-run bank.

Is there a chance of a state bank in the Granite State?

In 2019, the New Hampshire House killed a bill to create a state bank, House Bill 367. There are no 2020 bills on the topic, and the House and Senate have suspended legislative activity during the coronavirus emergency.

Still, the idea of a state bank could make a comeback in 2021. According to the Public Banking Institute, a nonprofit that supports public banking, states from Maine to Arizona have recently considered public bank proposals. The longer the coronavirus emergency continues, and the greater the economic impacts, the more likely New Hampshire policymakers will consider unusual policy responses.

Citizens Count is a nonpartisan civic engagement nonprofit. This article is being shared by partners in The Granite State News Collaborative. For more information visit collaborativenh.org.