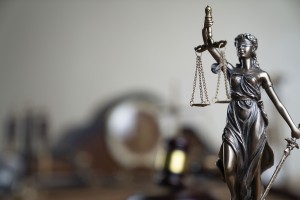 A company that provides rehabilitation services – including for people suffering from concussions – denied reasonable accommodations for a longtime employee who experienced a brain injury, according to a suit filed last week in U.S. District Court in Concord.

According to the complaint filed on her behalf by Benjamin King of the Concord law firm of Douglas, Leonard and Garvey, in September 2016, after having been with the company for 25 years, Calautti struck her head on the corner of a cabinet when exercising, and then on a marble countertop, losing consciousness for nearly a half-hour, Calautti was diagnosed with a traumatic brain injury, limited in her vision, hearing, speaking, memory and comprehension, according to the complaint.

Calautti couldn’t work until January 2017. She was able to return to work with reduced hours, but still needed time for her physical therapy appointments as well as “cognitive breaks,” according to the suit.

After a meeting, she did get the accommodations needed, and the situation improved, but within months the company increased her schedule to five days a week. Eventually a deal agreeable to all parties was worked out, the suit says, but when Calautti received her new schedule, it did not allow her the dedicated time she says she needed.

Calautti filed a complaint with the federal Equal Employment Opportunity Commission, which found “there is reasonable cause to believe that [Ms. Calautti] was denied a reasonable job accommodation and discharged because of [her] disability in violation of the ADA.”

Calls to King and Neuro-Rehab Associates were not returned by deadline.