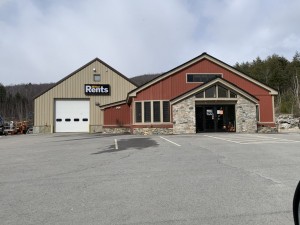 Gorham-based Milton Rents Inc., which will offer a variety of Caterpillar equipment, purchased the former 14,000-square-foot Family Ford building for $1.9 million in May.

It was launched started four years ago with the purchase of ProQuip’s three outlets in Chichester, Gorham and Plaistow in New Hampshire. Since then, Milton has opened three new outlets, in Uxbridge and Shrewsbury in Massachusetts, and in Portland, Maine.

Bill Staar, Milton’s chief legal officer, told the Springfield (Mass.) Republican that plans call for opening a total of 40 locations in New England and New York over the next 15 years,