Hearings reveal little or no support for Sununu’s voluntary program 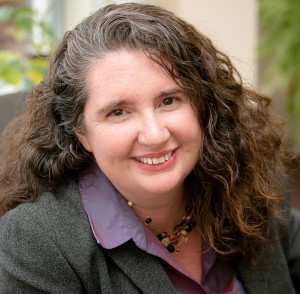 Amanda Sears, director of the Campaign for a Family Friendly Economy.

Almost no one defended Gov. Sununu’s Granite State Paid Family Leave Program during two public hearings on separate bills seeking to repeal, including representatives of the governor and the three main state agencies that would administer the program.

“The reason nobody has heard about it is that nobody promoted it, and the reason it wasn’t promoted is that it’s a horrible program,” said Leonard Turcotte, R-Barrington, a co-sponsor of both repeal bills, including House Bill 1582, which he testified for Thursday afternoon before the House Commerce Committee. Then Turcotte, who is a senior advisor to the House Majority office glanced over his shoulder, and noted pointedly. “There is nobody here to back it up.”

The only person seated behind him was Amanda Sears, director of the Campaign for a Family Friendly Economy. Sears also testified, urging lawmakers to repeal the program and replace it with one that would cover all employees, even though she acknowledged to the committee that the Legislature, considering its current make-up, would not pass such a bill.

The sole voice in support of the program came remotely, from the director of the NH Council on Developmental Disabilities who offered written testimony opposing both repeal bills, saying it would hurt the organization’s membership.

The Commerce Committee hearing revealed how little lawmakers knew about the program, even though many voted for it – without ever holding a public hearing on it – as part of last year’s budget’ trailer bill.

The program was put forth by Sununu as an alternative to the paid family leave program that Sears had supported, paid for via a payroll deduction of a 0.5 percent of wages, to cover 12 weeks paid leave at 60 percent of salary for those need to remain home to take care of themselves or a family member.

Sununu vetoed that plan, calling it an income tax. The governor’s plan – which will only cover six weeks – would be a benefit for state employees in a program that private business and individuals could join on, subsidized by tax breaks and an insurance tax.

“I thought the only cost to the state would be to administer the plan,” said one committee member.

So far, the state has awarded a $1.9 million contract to a consultant, and that doesn’t include the cost of about 25 employees who are developing a request for proposal to be issued at the end of next month. The goal is to implement a program by the end of this year.

The state never offered a fiscal note on the cost of providing the benefit to state employees, since it was not proposed as a standalone bill.

“We passed it without knowing the cost,” said Turcotte, but he estimated that if 8 percent of the 11,000 state employees utilized the benefit it would the cost $9 million to $12 million a year.

Turcotte didn’t calculate the cost for private employees, because he didn’t think many would participate.

“Private employers are not going to use this program because it’s too expensive,” he added. As for private employees who sign up, at a premium set in the law at $5 a week, Turcotte dismissed the funding mechanism as not sustainable.

“It’s insane. There is no way that is going to work,” he said.

How it would work

It was Sears, not the program’s backers, who explained to the lawmakers how the program would work in the private sector.

Employers would contract with the same company that is providing the benefit to state workers at a premium that has yet to be determined. Whatever that premium is, private employers would get credit off their business tax bill for half its cost. For individuals, the $5 premium would be subsidized, if needed, by a 2 percent insurance tax on the provider. It is unclear where the money would come from if that isn’t enough.

Turcotte said the program is not sustainable because only those who were pretty sure they would use the benefit would pay for it, and they could time when they opt in and when they opt out of it. “You could have someone pay $250 in premiums and get $5,000 out. The only way you can make it work is to force people into it.”

But Turcotte made it clear he was not in favor of a mandatory program. Indeed, he said that pandemic showed the problem of getting people to work when they can “stay home and get paid.”

Sears, however, argued that the pandemic showed the need for a paid family leave program, but this wasn’t the one. She said that it particularly wouldn’t help those working for firms with fewer than 50 employees because there is no state or federal job protection for them.

Meanwhile, under the program, the Department of Employment Security would collect the premiums from individuals and businesses and turn them over to the insurance company chosen to administer it, but so far there seems to be no real process in place to handle disputes, should the insurer find reason to decline the benefits.

Sears also said the premiums were unfair to low-wage workers, who would pay the same $5 weekly premium as their high-salaried managers but get much less back in benefits.

She also noted that employers in the state already offer the benefit to about a third of the workforce, so those companies could take advantage of the tax break who already have it while many of the two-thirds of people who don’t have it – low-wage workers in small companies who need it the most – won’t be able to take advantage of it.

The only other person to testify was the prime sponsor, Rep. Peter Torosian, R-Atkinson, who was less familiar with the existing law than both Sears and Turcotte. He just said it “goes against the Granite State way,” that it will cause municipal and school employees to demand the same benefit, that it will grow and lead to an income tax and that “state government should not be in the business of adding another entitlement.”

At an earlier hearing on HB 1165 Thursday morning, in front of the House Labor Committee, only Sears and the bill’s sponsor testified.

No one representing the administration showed up for that hearing either.