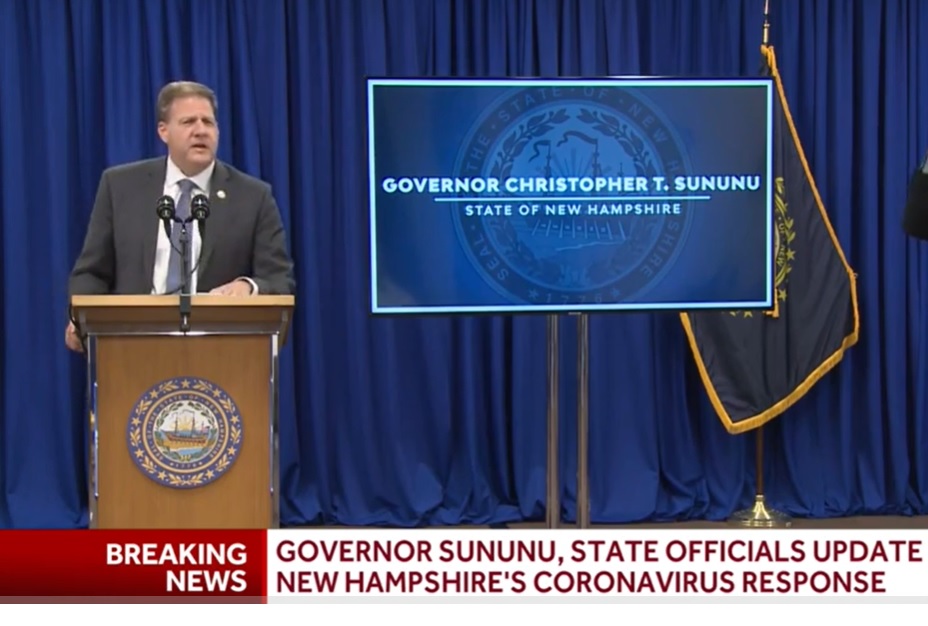 New Hampshire is injecting another $100 million into the Main Street Relief Fund – giving business facing losses another shot at the aid. The state is also adding $50 million into the shrinking unemployment trust fund, Governor Chris Sununu announced at his Thursday afternoon press conference.

The money comes from the $1.25 billion share of the CARES act, money that – with some exceptions – has to be out the door by the end of the year. The state has already allocated about $1 billion of that, though some of that allocated money has not been spent and probably won’t be.

Main Street Relief Fund 2.0 – “not the most creative name in the world,” quipped the governor, was based on positive reactions from over 5,000 business that received more than $340 million in aid in the first round and told Sununu that it was a “lifeline,” he said. Along with money for the $37 million for the Self Employed Livelihood Fund (SELF) and the $30 million General Assistance & Preservation (GAP), the state will be spending half a billion dollars on business relief, a larger chunk than just about any other state, he boasted.

The second Main Street round will be similar to the first, except there will be less than a third of the total funds to go around, so the grants will be smaller. The checks would be a percentage of the difference between last year’s actual revenue and this year’s projected revenue, minus any other Covid funds received (including Main Street 1). If that expected revenue drop is not as severe as anticipated (as measured by tax returns), businesses might have to pay some of it back, though the state hasn’t worked out those details.

The $350,000 cap would also remain the same, though it would cap all Main Street aid (including GAP funding), so those that got the maximum amount last time need not bother to apply.

What exact percentage of individual losses are paid out depends on the total amount of losses claimed by all businesses divided into that $100 million pot, rather than $340 million previous pot. Last time, businesses got about 17% of their anticipated revenue drop.  This time it will probably be somewhere between 5% and 10%.

Both businesses that did and didn’t apply for round one are eligible but some businesses that were excluded last time are still not eligible since they could get state funding elsewhere: the self-employed  (who could have applied for SELF), nonprofits, farms, child care providers, schools and universities and healthcare providers.

Sununu also set aside $45 million for elementary and secondary schools and $7 million more for nursing homes, to reimburse them for Covid expenses like personal protective equipment and testing.

The Main Street 2.0 application will go live on Monday, Oct. 19, and end on Friday, Oct. 30 at 4 p.m.  Unlike the first round, the second round won’t be administered by the NH Department of Revenue Administration but instead by the Governor’s Office for Emergency Relief and Recovery (GOFERR).

The $50 million put into the unemployment trust fund will hold off unemployment taxes businesses must pay when the trust fund drops below certain levels. The fund, which was at $300 million before the crisis, has dropped down to $80 million. It could have been far worse, since the Employment Security sent out about $1.4 billion in benefits, but more than $1.1 billion of that money came from the federal government, mainly to pay for enhanced benefits (the extra $600 a week), expanded eligibility (for business owners and those who have to stay home because of child care), and – starting about now – an extra 13 weeks of extended benefits. The state pays for the first 26 weeks of traditional benefits only.  So far, some $229 million in benefits came out of the trust fund, but that was enough to nearly deplete it.

Employers already lost a percent in discounts in their unemployment tax rate because of the shrinking fund, and were starting to pay a surcharge – the first half percent surcharge due to the low third quarter trust fund levels is being paid now. But the $50 million avoids another surcharge based on the fourth quarter levels, and another two surcharges that the state expected to be charge based on the anticipated levels during the first quarter of 2021 have also been avoided.

Sununu estimated that the move could save businesses some $65 million in taxes.

The money won’t mean much to those already unemployed, whose enhanced benefits from the federal government ran out five weeks ago. This won’t change the level of benefits. But the expanded eligibility, which is written into the federal CARES Act, will last until the end of the year.

For more information about the Main Street Fund, visit goferr.nh.gov.