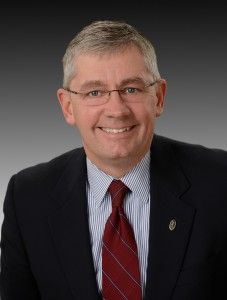 ‘The risks are a real issue – not here and now, but we are preparing,’ said banker Gregg Tewksbury.

New Hampshire housing advocates, landlords and developers told the Governor’s Office for Emergency Relief and Recovery last week that the coronavirus threatens to wreak havoc on the rental housing market, placing tenants and landlords at risk of financial hardship and further weakening an already staggering economy.

People living in rental units in the state represent approximately a quarter of all residents. For some years, the rental market has been hamstrung by short supply and high rents. Before the outbreak vacancy rates in all 10 counties were below 1% and the median rent for a two-bedroom unit was $1,347. Since 2007, the median income of renter households has been less than half that of homeowners, and the gap has widened in the past three years.

Financial and housing insecurity is common among renters. Economist Russ Thibeault of Laconia-based Applied Economic Research, has calculated that 44% of all renters are “cost-burdened,” paying more than 30% of their income in rent. And half of those are spending more than 50%. Since the coronavirus struck, as many as 40% of renters have been affected by job losses or diminished earnings, he said.

Among the first emergency orders issued by Gov. Chris Sununu were those declaring moratoriums on evictions, foreclosures and utility disconnections for the duration of the state of emergency. In addition, the federal government has distributed stimulus checks, enhanced unemployment benefits and introduced the Paycheck Protection Program, all of which provide financial support to employees.

Newton Kershaw, principal of Elm Grove Companies in Manchester, which owns and manages some 1,500 affordable and market-rate apartments, told the GOFERR panel that reduced rent collections, from both residential and commercial tenants, posed the gravest threat to the real estate sector.

After conferring with his counterparts in the industry, he proposed a residential rent stabilization program based on the 188,827 apartments in the state with an average monthly rent of $1,251 and assuming a 15% reduction in collections over two or three months. He calculated that the program would cost between $71 million and $106 million.

Kershaw said making payments directly to landlords on behalf of tenants would be “the most efficient manner to provide housing security to our most vulnerable citizens.” And he emphasized that the program, while benefiting landlords and tenants, would “avert groundswells of distressed real estate which will stress local banks, court systems, construction starts and state and local tax payments and displace many of New Hampshire’s most housing-insecure.”

In lieu of rent support, Nick Norman of Norman Realty Solutions of Derry called for restoring the right to evict tenants in arrears. He said that without assurance of rent, some landlords have begun withholding units from the market, while his company is neither advertising nor showing apartments.

‘Risks are a real issue’

Real estate directly accounts for roughly a fifth of all economic activity in New Hampshire, but because it is closely entwined with the financial sector the cascading effects of disrupted cash flows in the rental market pose significant risks to the broader economy – not least because most lending by community banks involves real estate.

Gregg Tewksbury, president and CEO of Concord-based New Hampshire Mutual Bancorp, said while it is too early to foresee the extent of the crisis, “the trend is negative.” Along with maintaining essential banking services, he said that lenders at his holding company’s banks — Merrimack County Savings Bank, Meredith Village Savings Bank and Savings Bank of Walpole — are meeting regularly with borrowers in need of forbearance.

“If there is light at the end of the tunnel,” he said, we’ll work with our customers for years.”

Altogether, he said, the company has undertaken 508 loan modifications representing some $245 million and handled 1,500 loans through the Paycheck Protection Program. 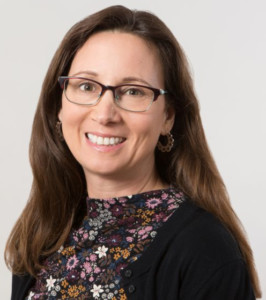 Elissa Margolin of Housing Action NH projected that many as 25% of the state’s renters could default due to the pandemic-damaged economy.

“The risks are a real issue,” Tewksbury said. “Not here and now, but we are preparing. He said that in the first quarter the company increased its loan loss reserves by 300 percent.

Meanwhile, others are directly and immediately concerned with the plight of renters and the homeless.

Addressing GOFERR, Elissa Margolin of Housing Action NH, described the moratorium, unemployment benefits and stimulus checks as “important Band-Aids” and expected “a surge in evictions and homeless once the moratoria and subsidies expire.”

She also proposed a rent subsidy program, targeted to households with incomes below 80% of the median. Anticipating that as many as 25% of renters could default, she estimated the cost of the program at $70 million.

Margolin said that the annual count of the homeless in January numbered approximately 1,500, but data collected by schools, which includes families “doubling up,” put the figure at 3,500.

“We are in the calm before the storm,” agreed Sarah Mattson Dustin, executive director of New Hampshire Legal Assistance.

Dustin explained that NHLA provides civil legal services to those earning under 200% of the federal poverty level, or a weekly income of $1,008 for a family of four, and 43% of the agency’s clientele earn less than the poverty level of $504 a week. She said 40% of the services provided by NHLA are related to housing issues.

“We expect a surge in the need for legal aid,” she said, noting that during the financial crisis of 2008 the number eligible for services climbed by 23%, which today would represent an increase of 54,000 people.

Like private landlords, public and nonprofit housing agencies are beset by the same pressures. 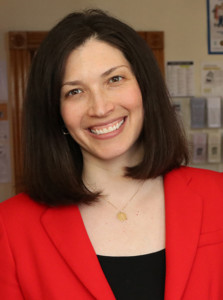 ‘We are in the calm before the storm,’ said New Hampshire Legal Assistance Executive Director Sarah Mattson Dustin of the expected surge in the need for housing-related legal aid.

Craig Welch, president of the New Hampshire Housing Authorities Corp., said the 17 authorities own and operate 6,000 housing units and distribute housing assistance payments to another 10,000 households. Of the 22,000 people the authorities serve, 80% earn less than 30% of the area median income.

In a submission to GOFERR, Welch wrote that authorities and other providers of affordable housing are facing “dramatic declines in rental revenue, while bracing for a potential surge in evictions and the operational challenges of housing thousands of people with mental illnesses.”

Likewise, Carmen Lorentz, executive director of Lakes Region Community Developers, which owns and manages 365 permanently affordable units in the Lakes Region, said rent collections fell 11% in April, and she has planned for a 15% shortfall from March to year’s end. She added that because tenants are struggling to obtain rental assistance, “we have serious concerns about sustained loss of rental income throughout this crisis.”

Earlier this year, Governor Sununu launched an initiative to address the imbalance in the state’s housing market by expanding the stock of affordable housing. The current crisis threatens to cripple that initiative.

Margolin stressed the urgency of completing the projects already in the pipeline and urged GOFERR to allocate $10 million toward that end.

Meanwhile, a major source of financing in the development of affordable housing is dwindling. 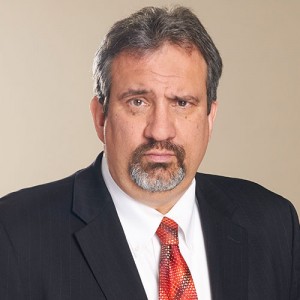 Attorney Kenneth Viscarello of Sheehan, Phinney explained that most projects depend on Low Income Housing Tax Credits (LIHTCs) for equity finance. The credits are awarded to developers by the New Hampshire Housing Finance Authority and then sold to investors, who receive a dollar-for-dollar credit against their tax liability.

Viscarello said that for some time credits sold for between 88 and 92 cents per dollar. But when the federal government cut tax rates in 2017, demand began to slip. Banks, the major purchasers of LIHTCs, have grown more cautious and other investors have sought higher yields.

“It’s a supply and demand issue,” he said. Consequently, the pricing of LIHTCs has fallen to between 70 and 80 cents on the dollar, decreasing the share of equity and increasing the amount of debt required to finance a project.

Noting that there are very few sources of financing to fill the gap, Viscarello recommended applying $10 million or $20 million of federal funds to establish an affordable housing fund to be managed by the NHHFA and distributed at little or no interest to projects currently in the works.