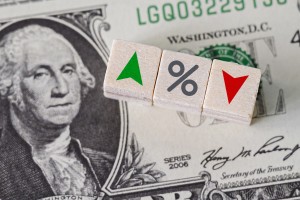 There’s a good chance that the use of a single sales factor – a new way to determine how much multi-state companies pay in business profits tax in New Hampshire – may be put off for four years.

The change – meant to lessen the tax burden on New Hampshire-based companies and increase it on those based out of state – was supposed to go into effect in January 2022.

But the House Ways and Means Committee unanimously recommended passage of House Bill 281, which would delay the change until 2026 in order to see how a smaller apportionment reform – market-based sourcing – affects state revenue as well as for the state Department of Revenue Administration to get a better handle on it, according to a recommendation by Rep. Patrick Abrami, R- Stratham, vice chair of the committee.

Unlike a change in the tax rate – which affects a large number of business, but only by a small amount – a change in apportionment has a large effect on relatively few number of companies, those that sell most of their product out of state.

Currently, the state apportions how much companies with businesses in multiple states with three factors. Half the weight now goes to how much is sold in each state. But a quarter is also applied to the percentage of payroll in each state and another quarter to how much property is in each state. Under the single sales factor, the latter two factors would be eliminated and only sales would be weighed.

More than half the states have already done this, a change made because states see it as a way of companies moving to or staying within their borders. By switching to single sales, a company’s taxes would not increase in that state by doing business while locating there. Indeed, if they, like most manufacturers, sell most of their goods out of state they would pay hardly any business taxes in their home state.

But there are concerns about how the change would affect in state revenues. So lawmakers decided to go with an easier reform on one part of the sales factor, affecting services provided by lawyers, accountants, engineers, real estate firms, construction companies and consultants. Previously, the tax on service businesses was based on sales that take place where most of the cost of performance of those services occurred – the home state of the business. Under market-based sourcing, New Hampshire would look to where the buyer, not the seller, is located.

This change, which went into effect last month, would also benefit local companies over those based out-of-state, but on a smaller scale.

According to Abrami’s note, the Ways and Means Committee “wanted to see what the new baseline of revenue would be before modifying any of our other apportionment strategies. Given that business taxes are the largest source of NH state revenues, the committee felt moving forward without good data would not be prudent.”

The bill also sets up a study committee to look at “all things apportionment.”

HB281 was put on the House’s consent calendar for the two-day session starting on Wednesday, meaning that unless a lawmaker moves to remove it, it will be grouped together with other non-controversial bills and passed in a single vote. However, since it concerns finances, it might be sent for the Finance Committee to review before being sent to the Senate.