PoliteMail wouldn’t let her work remotely from India despite health status, she claims

A PoliteMail Software employee from India has filed suit against the company, claiming that it did not make a reasonable accommodation for her to work remotely while recovering from an illness that prevented her from flying back from Mumbai.

Pooja Vasant Prabhu, a software quality assurance technician, says that because of the Portsmouth company’s lack of flexibility, she has lost her H1B visa status, making it unlikely that she would achieve “her dream of American citizenship.”

The suit, filed in August in a New Hampshire court and then moved to federal court on Oct. 1, claims, that Bootstrap Software Partners LLC of Greenland – which does business as PoliteMail – violated the Americans with Disability Act as well as discriminated because of her gender because the ailment – which was not identified in the lawsuit – was a “female-specific” disability. 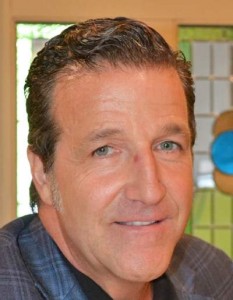 ‘There isn’t a company out there that doesn’t have one disgruntled employee at some time or another,’ says PoliteMail Managing Partner Mike DesRochers in response to the lawsuit.

Prabhu said she started at PoliteMail in June 2018 and went on her vacation in late May 2019, but on the last day upon returning, she said she was affected by a serious medical condition and had to undergo emergency surgery on her abdomen. Her doctor, she said, said it would be unsafe for her to fly for another two months, but she could work remotely after two weeks. The suit said that many other employees were allowed to work remotely, but instead, the company terminated her on June 13, 2019, just a few days short of her being eligible under the federal Family and Medical Leave Act.

In an answer filed Oct. 6, PoliteMail denied that Prabhu asked for a reasonable accommodation or offered to work remotely, denied any discrimination based on disability and gender and added that she would not have been eligible for the FMLA because the company had fewer than 50 employees.

PoliteMail, a provider of email analytics and management tools for Microsoft Outlook and Exchange users, has twice been listed on Deloitte’s Technology Fast 5000. Two years ago, it had 30 employees and today it there are just under 50, said Mike DesRochers, managing partner of PoliteMail.

“We have been growing, and we have happy employees,” DesRochers told NH Business Review. “But there isn’t a company out there that doesn’t have one disgruntled employee at some time or another.”