Does adding “.com” to a word make a trademark? 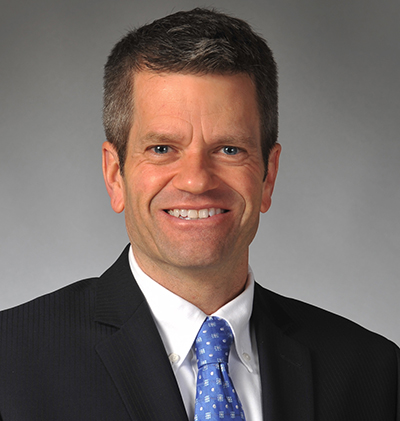 On May 4, the U.S. Supreme Court presided over its first-ever remote oral argument in the matter of U.S. Patent and Trademark Office v. Bookings.com. The case garnered considerable attention because the arguments were made over telephone lines with each justice remotely questioning the witnesses, and all on a live feed to the public. Uncharted waters indeed for our country’s highest court.

Most people understand generally what a trademark is, but to appreciate the substantive import of the Bookings.com case, a brief primer on trademark fundamentals is helpful.

In the simplest sense, trademarks are words, phrases, symbols or designs used to identify the source of products or services. For instance, when a consumer purchases a product with the “Pepsi” mark or logo, that consumer knows and expects that product was produced by a singular source — namely, PepsiCo. Trademark rights can be powerful and valuable components of a business’s intellectual property portfolio. Unlike its intellectual property cousins, patents and copyrights, a trademark does not expire after a certain amount of time, but remains effective so long as it is in actual use as a trademark, and theoretically can last forever.

When considering whether a work or logo is worthy of a federal trademark registration and protection, potential marks are described generally in one of four ways correlating to the strength of the mark.

Generic marks are those used to describe common terms or categories of goods such as cars, bikes, hats, etc. Because these are terms that everyone uses commonly, they are not afforded any trademark protection. Otherwise, businesses could register these generic terms as trademarks and prevent competitors from using those terms to sell like products.

Descriptive marks use a word that describes the nature of goods or services and can be afforded trademark protection only if the owner establishes that the mark has acquired some distinctive, “secondary meaning” such that consumers identify the descriptive mark with a singular source.

Examples of descriptive marks that have gained secondary meaning and function as trademarks are “digital” for computers and “sharp” for televisions.

Suggestive marks do not describe particular goods or products, but instead just suggest some attribute of a good or product, and still require some thought on the part of consumers to connect the dots to the product or service. “Microsoft” is suggestive of software for microcomputers and “Greyhound” is suggestive of bus transportation services.

The recent case before the Supreme Court originated in 2011 when an internet company applied for trademark protection of its name, Bookings.com. The U.S. Patent and Trademark Office rejected the application and denied federal trademark protection on the basis that the term “bookings” is a generic term for hotel reservations, and generic terms cannot serve as trademarks. The USPTO’s logic was that it would be unfair to afford the term “bookings” trademark status because it would prevent other competitors from using that common term to describe that they also perform hotel bookings.

Upon appeals through the federal court system, the Court of Appeals for the Fourth Circuit disagreed with the USPTO and held that the combination of the generic term “bookings” with “.com” render the mark a descriptive mark, and therefore could be a federally protected trademark if it had acquired secondary meaning. The court further found that consumer survey evidence showed that the mark had acquired secondary meaning and consumers identified the mark with a single source.

Now before the Supreme Court, an attorney for the U.S. Solicitor General argued, on behalf of the USPTO, that allowing companies to obtain trademark protection by combining generic words with “.com” would serve to unfairly restrict competition. Thus, argued the Solicitor General, terms such as car or wine cannot be afforded trademark protection nor should companies be able to obtain a trademark for “Car.com” or “Wine.Com.”

Based on questioning by the Supreme Court justices, it is hard to predict which way the court will rule, but either way will be meaningful.

If the court allows for generic words combined with “.com” to obtain federal trademark rights, will that mean a business named www.car.com be able to stop other auto businesses from using the term “car” in their domain names? Or if the Supreme Court rejects the trademark, will that mean that the currently registered trademarks Hotels.com or Restaurant.com will face challenges to their trademark protection?

Jeremy Walker, a director in McLane Middleton’s litigation department, focuses his practice on business litigation, with a particular emphasis on intellectual property and construction litigation.

Pay transparency continues to expand in the workplace

Cunningham on LLCs: When it’s time for a divorce

Back to the future?