Sales up $130 million in the second quarter 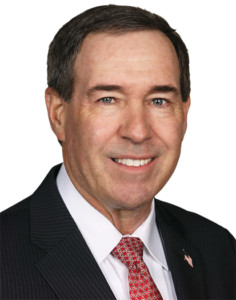 “The incredible surge in demand outstripped our production capacity, ” said CEO Christopher Killoy, in an earnings call on Thursday. In his 30 years in the industry, “This is probably the strongest level of demand that I’ve seen,” including the surge preceding the assault weapons ban.

The company, headquartered in Connecticut but with a major facility in Newport, NH, reported second quarter sales are $130 million, up by more than a quarter, with a net income of $18.6 million, a $1.05 a diluted share – triple the profits from the same quarter last year. But that was limited by production capacity. The number of units ordered nearly doubled in the first quarter and nearly tripled in the second.

The thirst for firearms – despite the recent bankruptcy of Ruger’s rival Remington Arms Company (for the second time within a year) – is industry wide. Background checks are up 65% for the half, and 92% for the second quarter.  Ruger’s comparable increase (the estimate unit sell though) was a mere 47%. As a result, the inventories at Ruger andother brands “was largely depleted in the second quarter and remains at very low levels.”

Killoy  attributed the “staggering increase” for “personal protection and home defense stemming from continuing Covid-19 pandemic; protests, demonstrations and civil unrest in many cities throughout the United States and lastly, the call by some for the reduction in funding and authority of various law enforcement organizations.”

But that “lastly” was premature, because Killoy added another Covid-related reason when he asked about hunting sales, which also experienced a sharp increase in demand.

“When you look at what’s going on in society, the ability of people to do things close to home, get back to their roots, take up some of their passions and hobbies that maybe they had put on hold when they’re able to travel more frequently,” he said. “We’re seeing a strong interest in hunting, the whole field to fork movement, if you will, is strong.”

The demand surge didn’t lead to a hiring surge. Indeed, the company suspended hiring from March until June – and even gave employees a couple of staggered weeks off – as it tried to figure out how to step up production while maintaining the sanitation, social distancing, protective equipment and health protocols needed to prevent an outbreak that could bring an entire facility to a standstill. Those precautions cost the company about $3 million, through reductions in traveling and trade shows offset that by a $1 million. Since then, the company has hired 50 employees bringing the total to 1,600 between it’s three facilities.

It also meant that production simply couldn’t keep up with the demand. Indeed, in the first quarter, production actually was off slightly, and while in the second quarter the number of units produced went up by a quarter – the orders nearly tripled. The backlog of 767,000 guns at the end of the quarter, is six time than it was the year before. The inventory – some 97,000 guns – was down from 388,000 from a year ago, and less than half the 224,000 at the beginning of the quarter.

Flush with about $227 million of cash, the company is putting another $20 million into capital improvements and $90 million for a special $5 dividend, on top of the usual quarterly dividend of 40% of its earnings per share, which in this quarter was 42 cents.

“Our long-standing capital allocation philosophy is to return capital to our shareholders when we accumulate more cash than we believe we can responsibly employ to generate shareholder value,” Killoy said.