Clock is ticking on projects as homelessness risk rises

With high unemployment and the lingering coronavirus, homeless shelters across the state are bracing what could be an especially challenging winter. And their preparations are overshadowed by the federal CARES Act, which requires that funds used to provide space and take steps needed to house individuals and families safely must be spent by year’s end.

The nationwide moratorium on evictions recently announced by the Centers for Disease Control and Prevention may slow the surge in homelessness that many fear could follow the lifting earlier this summer of a similar measure imposed by Gov. Chris Sununu in April. However, the CDC’s unprecedented action, which would forestall evictions until the end of the year, appears sure to face legal challenges and spark political wrangling.

Elliot Berry, director of New Hampshire Legal Assistance’s Housing Project, said that court records indicate that eviction proceedings jumped sharply after the moratorium was lifted on Aug. 1. There were 68 summonses filed in the week ending July 31, but 180, 193 and 130, respectively, during the first three weeks of August.

She explained that shelters provide no space to isolate, quarantine or practice social distancing in congested facilities with limited shared facilities. 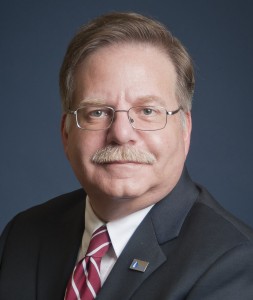 The CARES Act provided $1.25 billion in federal funds to New Hampshire, and the state created several buckets of money from which shelters can draw, including $60 million for grants to nonprofit organizations and $15 million for a shelter modification program. The CARES Act allocated another $5.4 million to the Community Development Finance Authority, of which $3.7 million is earmarked for public services, including homeless services.

The Shelter Modification Program, administered by the New Hampshire Housing Finance Authority, consists of grants to fund the costs of modifying, expanding and operating homeless shelters to enable them to comply with the guidelines set by the CDC and New Hampshire Division of Public Health. 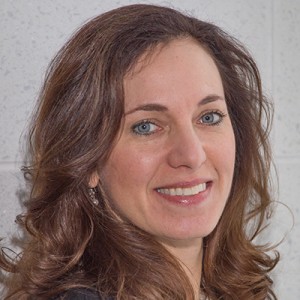 Both the grants for nonprofit organizations and those dedicated to homeless shelters must be spent and projects completed by Dec. 30, otherwise any outstanding balance must be refunded to the federal government.

“It’s a challenge,” said Dean Christon, executive director of the NHHFA. “Whatever you’re doing must be accomplished by the end of the year.”

Moreover, he explained that while some states have read the CARES Act to allow what he called “pre-leasing,” or applying funds to a lease reaching beyond year’s end, New Hampshire has not.

Christon explained that applying the funds to operating expenses, including purchases of supplies and equipment, is relatively easy, but “acquiring property and undertaking construction projects are more complex.”

“We’ve been very clear that they must get it done,” he said. “Nothing can be done at the state level,” adding that the congressional delegation is aware of the situation and efforts are underway in Washington to include an extension of the deadline in the stimulus package now stalled in Congress.

Christon said the agency had received 18 applications, which altogether seek $12 million of the $15 million in available funding. He added that 12 applications, accounting for $8 million, have been granted preliminary approval. He noted that a full report of the organizations awarded grants and the amounts they were allotted would be filed by Sept. 15.

The feasibility of completing proposed projects and spending requested funds before the end of the year was an important criterion in reviewing applications, Christon said. He stressed that negotiating leases and purchases of property, managing construction projects and navigating local land use ordinances posed significant challenges to those operating shelters.

“We’re offering them professional help to make sure the work gets done,” he said, while conceding “some risk remains.”

‘A kind of patchwork’

Currently, the only federal dollars for homeless services — as well as other social services ranging from child care to mental health — that are not bound by the drop-dead date of Dec. 30 are the $3.7 million the CDFA has to allocate through its Community Development Block Grant program.

Executive Director Katy Easterly Martey, said the CDBG funds can be applied to either operating expenses or capital projects like the purchase, lease and rehabilitation of property. And, most importantly, the term of the grants will run for 18 months, from Jan. 1, 2021, until June 30, 2022. Applications, she said, must be submitted by Sept. 25.

Furthermore, she said, next year’s funding would be supplemented by the CDFA’s annual block grant.

“We applied for everything. We all have — the Paycheck Protection Program, Nonprofit Relief, Bureau of Housing Support, Shelter Modification Program Community Development Finance Authority and Shelter Modification Program. It was a kind of patchwork,” said Martha Stone, executive director of Cross Roads House, a shelter in Portsmouth. She noted that the shelters, like most nonprofits, were crippled by the virus, which swelled expenses and shrunk revenues.

“We have a number of projects,” said Stone, explaining “we’re working to increase our capacity, make improvements to the kitchen and bathrooms along with the air purification system. And we’re still working with a general contractor and have yet to get a bid.”

In the meantime, she said the shelter has arranged for space in a motel, which despite reduced rates, remains very expensive. “It’s a huge challenge,” Stone said, adding that the year-end deadline “could become a liability.”

“It’s been catch-as-catch-can,” said Pati Frew-Waters, executive director of Seacoast Family Promise in Exeter. “It’s been crazy.” She said the shelter had housed 14 individuals and five families in the basement of two churches, then both closed. “All of a sudden it was gone,” she recalled, “and we were asking are we going to make it or not make it.”

Frew-Waters said the shelter has purchased and is upgrading a property. “It has two kitchens, seven bedrooms and two bathrooms with enough space to social distance and, if necessary, quarantine, and it’s completely furnished.”

Referring to the year-end deadline, she said, “We’ll make it work. We have to.”

Ellen Groh of the Concord Coalition to End Homelessness said that Covid-19 has added urgency to efforts to move to a larger space and transition from winter to year-round operations. But, with the restriction on pre-leasing and the deadline, she said that trying to purchase and rehabilitate a property would be like “putting a square peg in a round hole.”

Instead, she expected to ask the city to for CDBG funds to pursue the project in 2021-22.

Mindy Cambiar, executive director of 100 Nights in Keene, said with 26 beds and another 24 overflow beds divided between two churches, she has been searching for additional space for four years, and urgently since the viral outbreak. The search has been hampered by a zoning ordinance requiring a variance for a shelter in the central business district.

Recently, a local property owner offered the space Cambiar was seeking — 4,000 freshly renovated square feet to house a gym for women. Cambiar said she has applied to the CDFA for funding. The Zoning Board of Adjustment was scheduled to hear the shelter’s request for a variance in September.