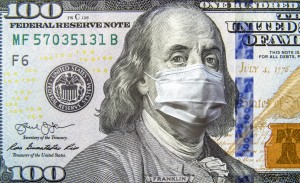 Millions, no billions, of dollars in financial help for New Hampshire nonprofits and businesses is still available, but time is running out, at least for most of the funds.

New Hampshire nonprofits have until Thursday, June 25, to apply for some $60 million in Covid-19 relief funds, the same day the state plans to release guidelines for what could be about as much money for self-employed individuals through the Main Street Relief Fund program. Most of that program’s funds were distributed last week.

The New Hampshire Nonprofits Emergency Relief Fund is similar in purpose to the Main Street Fund to help cover pandemic-related losses not covered by other federal programs.

Under Main Street, administered by the state Department of Revenue Administration, a small business with less than $20 million in revenue simply had to disclose its revenue from 2019 and estimated revenue for 2020, as well as reveal how much other federal help they already received.

About another 4,700 applicants are self-employed or sole proprietors, but they were excluded from receiving funds in that first round, so Governor Sununu announced another round for them, the details of which are to be disclosed Thursday, although they “will be similar to Main Street,” he said.

The nonprofit program, administered by the New Hampshire Charitable Foundation, also will require nonprofits to tally up losses minus any federal aid, but they have to do a lot more work to add up what those losses are.

Nonprofits have to list specific expenses related to the pandemic, such as how much was spent on personal protective equipment, cleaning services, overtime salary and hazard pay and technology for staff to work remotely. Then they have to list expenses related to constituent needs, such as direct assistance for food and shelter or other expanded programs. Then they need to specify lost revenue from canceled events and other fundraising difficulties due to social distancing requirements.

Nonprofits also have to upload their budget and actuals and submit four brief essays, no longer than 500 words, describing the community needs the organization meets and how it has benefited the community in recent years, how Covid-19 has impacted the organization and the roles of staff and board members in financial management.

Childcare and healthcare providers can’t apply for the assistance since there are funds for both of those groups. Schools are also excluded along with foundations, assisted living and retirement communities trade associations and scholarship funds.

For-profit businesses and nonprofits – at least those with fewer than 500 employees – have some other alternatives for help.

There is still a lot of money left in the federal PPP forgivable loan program. PPP applications have stalled in recent weeks, perhaps because most who wanted it already received help, and business can only apply once though Congress is considering letting some business get a second bite at the apple if any funds are left after June 30.

Businesses must submit their application to an U.S. Small Business Administration-qualified bank or a nonprofit organization like the Small Business Development Center, by June 30.

On June 17, the SBA opened the program up to new applicants who have to directly apply to the agency on its website.