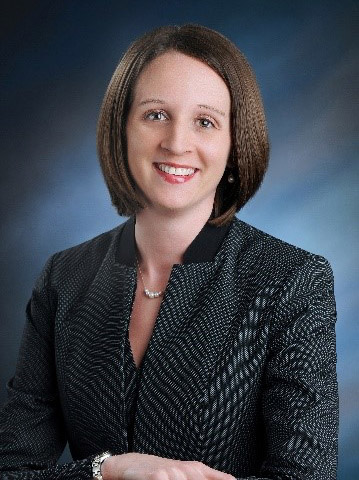 Businesses that are losing money because of the coronavirus pandemic have until midnight Friday to submit their prequalification applications or they will be out of the running for grants from New Hampshire’s $400 million Main Street Relief fund.

By Thursday afternoon, more than 10,000 business had submitted applications, but it won’t be clear until next week how much businesses can receive or how many businesses will even apply for the assistance.

If the last two weeks of the Paycheck Protection Program are any indication, there is a chance that a lot of cash could be left on the table.

Nationally, as of May 23, there was still $148 billion in PPP funding remaining of the total $649 billion appropriated by Congress. That’s $2 billion more than there was on than May 16 and $20 billion more than on May 8, with only a slight increase in the number borrowers in those two weeks, from 4.2 million to 4.4 million.

Some 22,368 borrowers have been approved for a total of $2.53 billion in PPP loans – 7,000 more borrowers than last week, indicating that people are still applying though at a much slower rate, because the total amount of loans is actually $1 million less than the week before. An on May 8, the loan total was $2.62 billion, $91 million more than the amount on May 23. In other words, as the program goes on, businesses are borrowing less money.

Indeed, on Thursday, the U.S. Small Business Administration, the organization that runs the program, guarantees and approves the loans, said it would set aside $10 billion of PPP funding for lending by the Community Development Financial Institutions, such as the New Hampshire Community Loan Fund and the Rockingham Economic Development Corp.

Such nonprofit groups have already lent $7 billion of PPP funds across the country. All this seems to indicate that the SBA is trying hard to get the money out the door.

No one is quite sure why PPP has stalled after an initial stampede for the funds in late March and again in late April, but there are three possible reasons:

Likely it is some combination of the three, but it is clear that some businesses still are in dire need.

Despite a slow reopening of the New Hampshire economy, initial unemployment claims continue to be filed, at a lower, though still unprecedented rate.

On Thursday, the state reported some 6,973 individuals –including newly eligible business owners – filed new claims last week. While that’s down about 2,000 from the previous week, it’s still at least 10 times the number of weekly initial claims filed before the pandemic hit the economy, bringing the effective Covid-related unemployment rate to 18.5%.

New Hampshire’s $400 million Main Street program – funded through the total $1.25 billion in federal CARES Act funds given to the state Hampshire – is designed to aid those businesses that couldn’t or who did not benefit by federal assistance.

It involves grants for any business with under $20 million in revenue and has few strings attached.

The pre-application process has been established to find out how much interest there is in the program in order to divvy up the money to fill the greatest need and “get the biggest bang for our buck,” said Banking Commissioner Jerry Little, who heads the Governor’s Office for Emergency Relief and Recovery, which along with the state Department of Revenue Administration, runs the Main Street program.

But it is no mere survey. Only those that submit a pre-application by 11:59 p.m. Friday, May 29, will be able to receive a grant. On Monday, June 1, the state will announce the parameters of the Main Street program, based on information it receives.

“We anticipate there will be guardrails,” said DRA Commissioner Lindsey Stepp. “A certain percentage of a business’ losses will not be covered. And there will be a maximum loan amount.”

Stepp said that the application itself will be similar to the one businesses already have filled out. Indeed, the DRA hopes to populate the form with figures that have already been submitted.

Although the Main Street program is designed to be a grant, a business that did better than expected might have to pay some of it back. But it’s unclear how much would have to be returned. That formula may not be determined until a later date.

“If it is slightly off, the business can probably keep it, but if it is drastically different, if they didn’t actually lose money, then some of it will have to be returned. However if a business did much better than anticipated, that shouldn’t be too much of a hardship,” Stepp said.