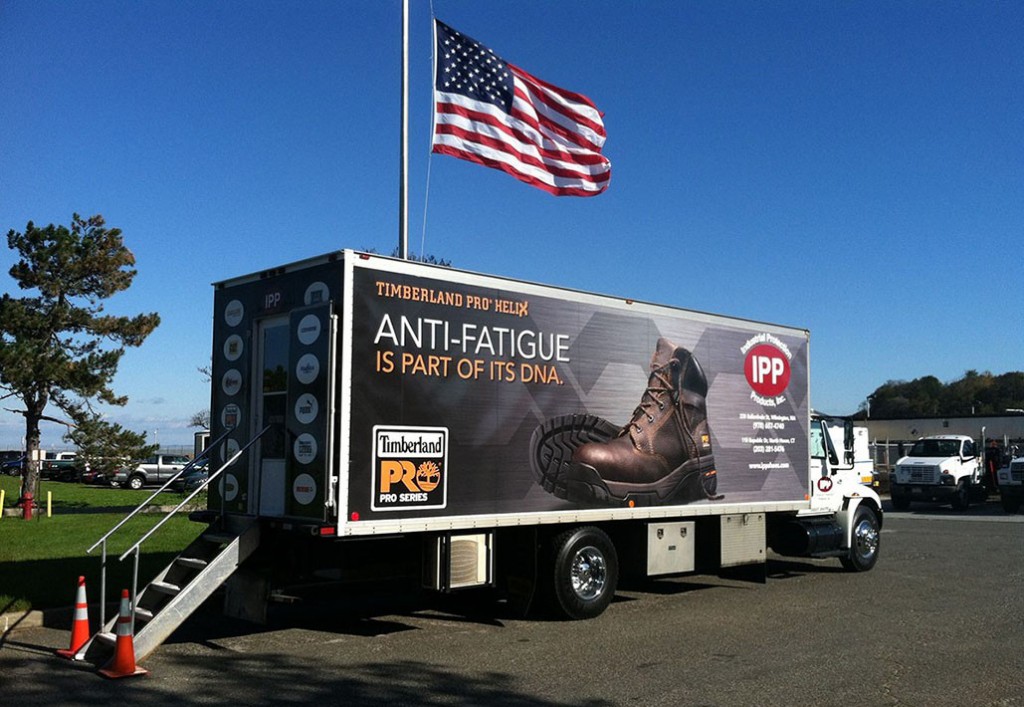 Industrial Protection Products in Salem produces personal protective equipment, but not PPE for Covid-19. That’s why it’s expecting at least a $2.2 million drop in revenue this year, according to disclosures made through two federally funded programs it took part in: the Paycheck Protection Program and the state-operated Main Street Relief Fund.

“The last thing people are thinking about right now are shoes and glasses designed for impact,” said Rick Murphy, the firm’s president.

Founded in 1977 by Murphy’s father, the firm custom-fits safety equipment for industrial and other workers.

“It’s for on-site employees, but not many employees are on-site, and even when people are, they are not allowing outside vendors,” Murphy lamented. At first he furloughed nearly all of his 32 employees. “We never had layoffs of any kind” before that, he said.

With help from the PPP, he was able to bring them back, “but when you just don’t have the work, that is the other challenge.”

IPP is trying to meet that challenge by reaching out to companies online, donning protective equipment for on-site visits and selling thermal scanners. Business is slowly coming back, but “not in droves, by any means. The killer was the timing. Our largest quarter is April, May, June, so we increased the inventory in anticipation of a big spring,” said Murphy.

Instead he is anticipating a big loss, which is why IPP then applied for assistance through the Main Street fund.

According to the disclosures, nearly 5,400 New Hampshire employers anticipate a $2.6 billion drop in revenue this year because of the pandemic. Those are the employers who received help from the state’s Main Street Fund, which went to firms with less than $20 million in revenues. It also excluded organizations that get money from other sources, including healthcare and day care providers, farmers, nonprofits and self-employed individuals.

The Main Street program’s $332.5 million covered 17% of a firms’ anticipated losses after accounting for federal help, including the PPP, which the state fund was supposed to supplement.

Both the PPP and the Main Street Fund were made possible by the federal CARES Act. The PPP involves forgivable loans from banks, approved and guaranteed by the U.S. Small Business Administration, to businesses with under 500 employees. As of July 17, slightly more than 24,000 New Hampshire businesses received $2.55 billion in PPP funds.

The Main Street Fund, which expired on June 12, received the largest allocation of the state’s $1.25 billion share of CARES Act funding. It went to smaller businesses with no strings attached. Capped at $350,000 per business, it is based on the difference between last year’s revenue and this year’s, after subtracting half of what was received from the PPP as well as all of what was received from other federal programs, including the SBA Emergency Injury Disaster Loan program.

Main Street was conceived as a supplement to the SBA programs, and roughly four-fifths of Main Street recipients got a total of $440.7 million in PPP funds. (About a third received nearly $70 million in other grants and loans.)

Those are the programs and the numbers, but what about the individual businesses involved? Why do they expect such massive losses, and what are they doing to prevent them?

NH Business Review looked at companies that benefited from both programs the most — those that got the maximum Main Street loan of $350,000 and which received at least that much in PPP money.

Those companies also anticipated suffering the greatest losses — their minimum expected drop in revenue ranged from $2.2 million to more than $3 million.

But many businesses indicated that their losses were even greater than that, though were reluctant to disclose the exact amount.

“We were crushed on revenue,” said Michael Boyle, CEO of Boyle Energy Services & Technology Inc., a Merrimack firm that installs its technology worldwide, a difficult undertaking with the current international travel restrictions. “We hadn’t had a single person in the field since March. We are screwed,” said Boyle.

The company had been able to keep its workforce on the payroll though July thanks to the PPP. Main Street funds went to pay insurance and the electric bill, but in August Boyle had to furlough most of his workers. He is hoping for another round of PPP funding, but if it doesn’t come? 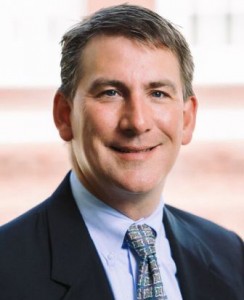 ‘We are in the same boat as everyone else,’ says Christopher Sullivan, president of Rath Young Pignatelli, of the economic toll of the pandemic.

“Remaining optimistic is my job,” he said. “We will find a way. We’ve been in tough spaces, but this is the toughest space ever.”

The attorneys at Rath Young Pignatelli advised clients how to get coronavirus money, but that wasn’t enough to offset the firm’s losses when many of those clients, and the courts, shut down.

“We definitely experienced a revenue loss based on the contraction of the economy,” said Christopher Sullivan, president of the Concord law and lobbying firm, which employs 49. “We were more fortunate than most. We didn’t have layoffs. Our entire firm went to working remotely. Some businesses were not able to do that.”

The firm took advantage of both the federal and state programs, “because we definitely fit into those categories. We are experiencing substantial losses. It is not something we want to talk about, but we are in the same boat as everyone else.”

Magic Foods Restaurant Group was one of the handful of companies with the biggest minimal loss: $2.5 million to $3 million.

The company, which had to shut down its Canoe restaurant location in mid-May, has five other locations: Canoe Restaurant in Center Harbor, O Bistro in Wolfeboro, O Steaks & Seafood in Concord and Laconia and Suna in Sunapee.

Ouellette said he has been able to keep going because “we took a huge gamble when we didn’t use the PPP money upfront.”

The original PPP rules said he had to spend three-quarters on his 199 employees within eight weeks of receiving the funds on April 3, but restaurants weren’t even open for outdoor dining until May 18, and another month before it could accept limited indoor dining.

“I thought there was no way they were going to stick to eight weeks,” Ouellette said, and he was right.

The rules were changed to give recipients 24 weeks to spend the funds, and he was able to hire most of his staff when they were needed the most. But there is still a six-foot distancing requirement for indoor dining and 50% limits on indoor seating in the four southern counties.

With outdoor dining and a robust takeout business, the restaurant chain could handle 80% of what it once served, if diners came, Ouellette said.

“Even when it’s a perfect day inside and out, we are still down from our current capacity. Concord is the slowest. It’s probably down 60%,” Ouellette said. “We don’t know what happens this fall when tourism goes away and outdoor seating disappears.” 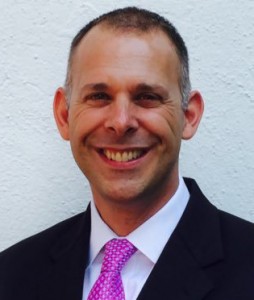 ‘I’m very, very fearful of a second wave,’ says Olaf Zwickau, president of Air Solutions & Balancing, which saw a drop in sales from the construction industry.

Restaurants aren’t the only businesses that are expecting such heavy losses.

You would think that Air Solutions & Balancing would be thriving. After all, isn’t everybody talking about increasing ventilation and air flow as a way to make indoor workplaces safer?

“There is a ton of talk,” agreed Olaf Zwickau, president of the 18-year-old Manchester firm. “But it isn’t that simple.”

Air Solutions measures air flow to meet various indoor air pollution standards, primarily for new construction. Construction was deemed an essential industry in New Hampshire, but in many states it came to a standstill, and Air Solutions had to furlough most of its 83 workers. It was able to bring back some workers thanks to the PPP, and then construction started to pick up again. The company also started marketing “our Covid Defense Solution” for existing buildings.

“We got lot of hits, a lot of interest,” said Zwickau, but it is a lot easier to budget for ventilation in new construction than to renovate existing business. “It’s been a slow process. Harder to sell.”

The company is busy now, he said, but “I’m very, very fearful of a second wave.” In addition, he is now catching up on work that has been put on hold, and new work has been slow coming in.

So does he predict even more than the $2.5 million to $3 million in losses he expected? “I can’t predict the numbers at this point. It is too much uncertainty. It’s been a very rough six months I’d like to forget.”

But it’s more than just numbers. “These are people we had to let go. We hired them back with government assistance, but I have to tell them, ‘I can’t predict how long.’ I feel like I’m playing with people’s emotions. That’s the hardest thing as an employer. These are good, hard-working people,” he said.

Cubicle Solutions, a Windham company that employs 114 people, is another of the five firms with the biggest anticipated loss of revenue, since it lost revenue from companies closing and also because so many more employees are working from home. Cubicle is now offering social distance barriers for workplaces and space.

The others are Jewell Instruments, a Manchester manufacturer and distributor of sensors, meters and avionic instrumentation for industries ranging from aerospace to medical. It employs 104 people. People’s Linen Service, a Keene company that employs 162, was the fifth.

The next tier of more than 70 companies anticipated a drop in revenue between $2.2 million to $2.5 million. They  include 603 Manufacturing, a Hudson manufacturer of cable and electronic mechanical assemblies for the defense, aerospace, industrial and medical industries. Most of its 1,500 workers are in four offshore facilities in China and another in Taiwan, though it did get a PPP loan for 93 workers, presumably in the United States.

603 is a spinoff of RF Logic, a supplier to defense contractor BAE Systems founded by a former employee at BAE’s antecedent, Sanders Associates.

603 Manufacturing did not respond to inquiries, but Brian Blanchette, vice president of sales and operations at APR & R LLC of Exeter, doing business as New England Truck Center, did.

The firm sells tow trucks, repairs them and is itself a towing service. The slowdown in traffic and construction hurt the business, but thanks to the PPP it was able to bring most of its 60 employees back. The problem is few are now buying the trucks, which sell from $150,000 to $800,000. “We are sitting on a few million dollars in inventory,” said Blanchette.

He has been lowering the price to move them practically at cost, he said. That may mean the company may not take the loss of sales that was anticipated, just a drop in profits — which may mean that he would have to pay some of Main Street money back.

“It would hurt us,” he said. “Hopefully, Main Street will take this into consideration. But we are OK at not making a profit if it keeps everyone employed.”