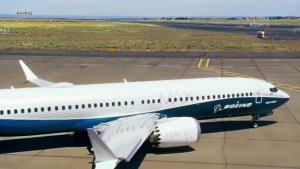 The pandemic and the continued grounding of the Boeing 737 Max aircraft cut Albany International Corp.’s revenue by some 22%, to $221 million, in its third quarter, according to the Rochester company’s latest earnings report.

But the company still reported a $29.6 million profit (91 cents per share), down from the $40 million earned in the same quarter last year. But the result, thanks to layoffs and other cost-cutting measures, was not as bad as anticipated, leading to an uptick in guidance for the year.

“Over the past nine months, we’ve adjusted our headcount, controlled costs and executed well across our organization. These actions positioned us to deliver healthy third-quarter profit margins despite the effects of the economic downturn on our top line,” said CEO Bill Higgins.

The continued grounding of the 747 Max – which began place in March 2019 after two crashes – was the biggest reason for the drop-off because the company had to temporary halt production at three of its LEAP (Leading Edge Aviation Propulsion) factories. Albany has reopened the plants in hopes that the 737 Max will be flying again next year, but it will be a while before LEAP production will take off too, warned Higgins.

In addition, the pandemic has affected other air travel and reduced demand for Albany’s commercial aviation products, though that has been offset by orders from the military.

The company’s Machine Clothing unit reported more of a mixed bag. Sales were down by 8.3%, to $138.8 million, and operating income was $45.7 million, less than a 12% reduction. The division manufactures belts for manufacturers, primarily those that produce paper. Publication paper suffered the most, and if you are reading this online rather than the print edition in your office, that is the reason why.

The company expects revenue to go down during the fourth quarter compared to the third quarter, but overall the decline so far has not been as bad as feared, so for the full year, Albany expects somewhere between $870 million and $890 million in revenue. It reported $673.8 million year to date, down from $796.5 million during the first nine months of 2019. However, it expects earning per share to 2.72 and 2.82, up from previous guidance of $2.26 and $2.51. Year-to-date, the company reported share earnings at $2.20, down a dollar from last year.