It may take years to fully comprehend the economic devastation caused by the coronavirus pandemic. Few industries have been spared as the unemployment rate in New Hampshire skyrocketed to 16.7 % in April.

Nationally, media companies small and large have taken a major hit at a time when the public is desperate for information about the pandemic. It’s a similar dichotomy for hospitals and healthcare systems: They have been at the forefront of confronting the pandemic but were financially undermined for months with stay-at-home directives combined with the cancellation of everything from routine doctor visits to elective surgery.

A decade after the financial crisis of 2008-09, which was an earthquake for the industry, newspapers and magazines across the country have gone out of business, cut salaries, enacted furloughs, laid off staff, stopped print versions and scrambled as digital, print and television and radio advertising dropped dramatically.

A BuzzFeed news writer said what’s happening might end up being a “media extinction event” and the Poynter Institute keeps a growing, ongoing tally of the disruptions (including layoffs at the Poynter-owned Tampa Bay Times). So far, the worst has yet to occur for New Hampshire media, but disruption is happening. In late March, the Valley News announced layoffs, furloughs, salary cuts and fewer pages and the Nashua Telegraph has ceased its print publication except for the Sunday edition.

But interviews with leaders of three Granite State media companies show resilience and creative adaptation, as well as concern about the future as the pandemic business factor becomes the new normal. It can also be hard to know exactly how to properly assess the turmoil.

“We don’t want to talk about it because we don’t know yet,” said Brendan McQuaid, publisher of the NH Union Leader. 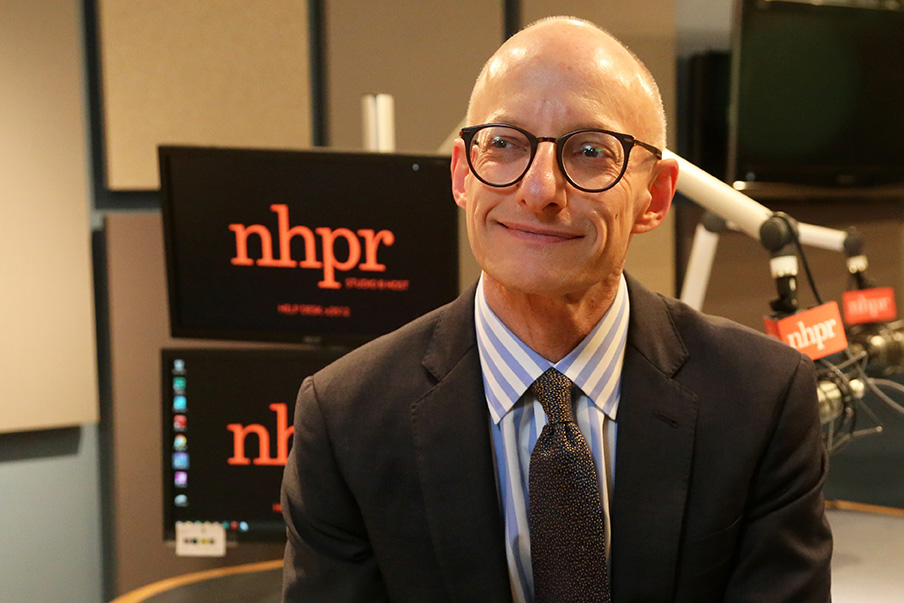 ‘Our [online] audience has quadrupled amid the outbreak.’ — Jim Schachter, president and CEO of New Hampshire Public Radio

Jim Schachter, president and CEO of New Hampshire Public Radio, said the organization moved quickly and decisively in mid-March to disperse its 70 staff members when it became clear that social distancing would become the new normal. After Congress enacted the small business Paycheck Protection Program in early April, NHPR applied immediately and was approved for more than a million dollars to cover its payroll and some expenses.

“Not having to think about laying off or furloughing staff has been a relief,” said Schachter, a veteran of the newspaper business and vice president of news for seven years at public radio station WNYC in New York before joining NHPR last September. “PPP for NHPR is doing exactly what the legislation intended to do. We are able to maintain our workforce and, given the importance of what we do, support and sustain our mission.”

At NHPR, the news mission and logistics have expanded to new horizons. In addition to regular staff video conferences, engineers set up a workable studio in the home of Laura Knoy, host of the longtime and popular daily show “The Exchange.” An original program, “New Hampshire Calling,” was created along with a live blog and a coronavirus-focused daily newsletter.

Advertising and corporate underwriting took an immediate hit, Schachter explained, but he said the loyalty of sponsors and creativity of NHPR’s underwriting sales team proved critical.

“Our salespeople have done some very creative problem-solving, helping sponsors pivot their messages toward community service,” he said.

Member support also came through. The annual March fundraiser was cut short due to the pandemic, but a digital fundraiser in April with a goal of $50,000 ended up making $150,000. This correlated with increased reader and listener ratings.

“By our best measures, our [online] audience has quadrupled amid the outbreak,” Schachter said. “That indicates the need in our state for quality news and information, as well as the scale of the audience we’re able to deliver to our sponsors.”

As with any business navigating this unprecedented health and economic situation, Schachter says working at home for the staff and reporters does not come without complications.

“The lines between work and home have become blurred. I have nothing to compare this to, so under the circumstances, it’s going as well as it could,” he said. “Lots of our staff have kids at home, a number have parents or aging relatives, so there’s a lot of juggling of responsibilities. It is testing people’s resilience.”

In addition to daily feedback, NHPR has conducted staff surveys to get a sense of how workers are handling the dramatic changes.

“Frankly, I worry that many people are working too hard,” he said, driven by the importance of what many believe is the most important daily story since World War II in that it has affected everyone.

Schachter does say a great deal of uncertainty and volatility lies ahead. PPP funding runs out June 30 with future federal relief programs stalled amid partisan gridlock as the country slides towards a certain recession. 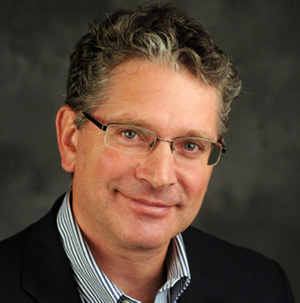 Gannett, the country’s largest newspaper company with more than 250 newspapers in 46 states, is parent company of Seacoast Media Group. In March, Gannett announced that employees making over $38,000 annually would have to take one-week furloughs in April, May and June. Gannett also announced that executives would take a 25% pay cut while Gannett CEO Paul Bascobert would take no salary.

“We are sharing the burden [of sacrifice] because we’re all in this together,” Altschiller said of the furloughs, which allowed employees to keep their health insurance.

Altschiller said that Seacoast Media Group — which publishes the Portsmouth Herald, Foster’s Daily Democrat and four weeklies in New Hampshire and Maine — has taken an advertising hit since stay-at-home directives in New Hampshire brought the economy to a halt. But the business side has kept going due to a diverse revenue stream bolstered by a direct marketing department and modern printing press serving clients in northern New England. (Seacoast Media Group recently added The Burlington Free Press to its printing press roster.)

While many advertisers have become cautious about spending, Altschiller has been impressed by the number of local businesses that continued to advertise. He said advertising personnel have worked hard to maintain and strengthen their relationships with their customers as both navigate through an unprecedented environment.

One sign of the times: Omaha Steaks, with its home delivery of meat service, remained a strong national advertiser.

Media companies are considered an essential business, and while reporters and photographers have been based at home, they have been out in the greater Seacoast region covering news.

“Everyone has stepped up. Our photographers are out on the streets and many people are doing jobs that fall outside of their usual comfort zone. For example, our sports writers are covering education,” he said. Since March, digital subscriptions have risen 17%, he said.

“We take it one day at a time,” Altschiller said. “Hopefully we can come through this crisis without too much damage to the organization. We were challenged and learned how to be nimbler after the Great Recession. I’m cautiously optimistic. I believe the best attitude is to be realistic and keep your eye on future opportunities.” 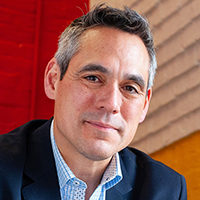 Burden said he had already planned to expand the company’s internal communications via video calls and instant messaging, beginning in February. As with many media companies, by mid-March, the pandemic accelerated the process into a necessity to stay in business.

“This allowed us to hang onto cash through a period of time,” he said about the program, although, at the end of May, the company announced a restructuring that involved the elimination of three jobs and a longtime contractor position.

In response to the stay-at-home order, McLean quickly expanded its digital presence into webinars on topics such as the Paycheck Protection Program, real estate, finances and marketing. NHBR started a new podcast “Down to Business” and popular person-to-person events, such as New Hampshire Magazine’s Best of NH, are slated to go digital.

While advertising revenue took a hit, Burden said, “it’s not been a complete disaster.” The June issue of New Hampshire Magazine had strong advertising support, he said, and a portion of a recent ad spend was donated to a Nurses Appreciation Day event. In conjunction with New England Tap House Grille, the initiative provided 900 meals to nurses at three area hospitals.

As the economy continues to open and PPP funds dry up, Burden said it’s hard to know exactly what long-term forces will emerge as the pandemic continues.

“It’s hard to say where we will be,” he said. “We will be watching and focused on executing as quickly and creatively as possible.”