Longtime CEO to step down Dec. 31 after 33 years at agency 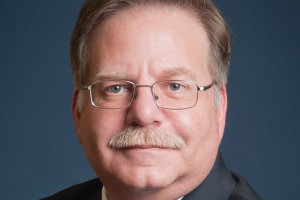 Dean Christon, executive director and CEO of the New Hampshire Housing Finance Authority since 2007, has announced plans to step down from the job at the end of the year.

“His impact on the state of New Hampshire is seen in the countless families that were able to buy homes, find safe and stable apartments, and have the supportive housing that is so important to their health and well-being,” Shumway said. “Dean used the tools of the Housing Finance Authority to build an economy that builds the homes.”

Through its programs and financing mechanisms, New Hampshire Housing helps in the development, promotion and support of affordable housing across the state.

“It has been my privilege to serve alongside an extraordinary group of professionals who are committed to meeting the housing needs of the people of our state,” said Christon. He added that the work “has been, and will continue to be, critical to meeting the needs of tens of thousands of New Hampshire families.”

Before joining New Hampshire Housing in 1987, Christon was staff director of the Joint Committee on Review of Agencies and Programs for the New Hampshire General Court. He is currently a member of New Hampshire’s Council of Partner Agencies, the New Hampshire Community Development Advisory Committee, the Council on Housing Stability and is a trustee of NeighborWorks Southern NH.

The New Hampshire Housing board has hired Kittleman & Associates to conduct a national search for Christon’s successor.