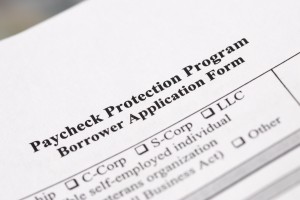 The Paycheck Protection Program’s initially slow rollout has been picking up speed locally and nationally, according to the latest data release the U.S. Small Business Administration.

As of Jan. 31, nearly 4,500 New Hampshire businesses took out more than $460 million of forgivable loans – more than double the totals from the last reporting date, which covered the first 13 days.

Nationally it is the same story: Nearly 900,000 business received $73 billion. That still leaves a lot of money in the $284 billion pot.

“There is plenty of funding in the program this time around,” said Rachel Roderick, deputy district director of the SBA’s New Hampshire district office in a webinar on the program for nonprofits pulled together by U.S. Sen. Jeanne Shaheen’s office on Friday. Last time, she said, businesses felt they had to “get to the lender before the money ran out. It’s not the same now.”

But, at a pace of about $35 billion a week, that money should be gone before the March 31 deadline. On the other hand, the rate could slow down. Last year, after Congress replenished the program, businesses left about $130 billion on the table by the time it expired on Aug. 8. By then, most businesses that wanted a loan had gotten it.