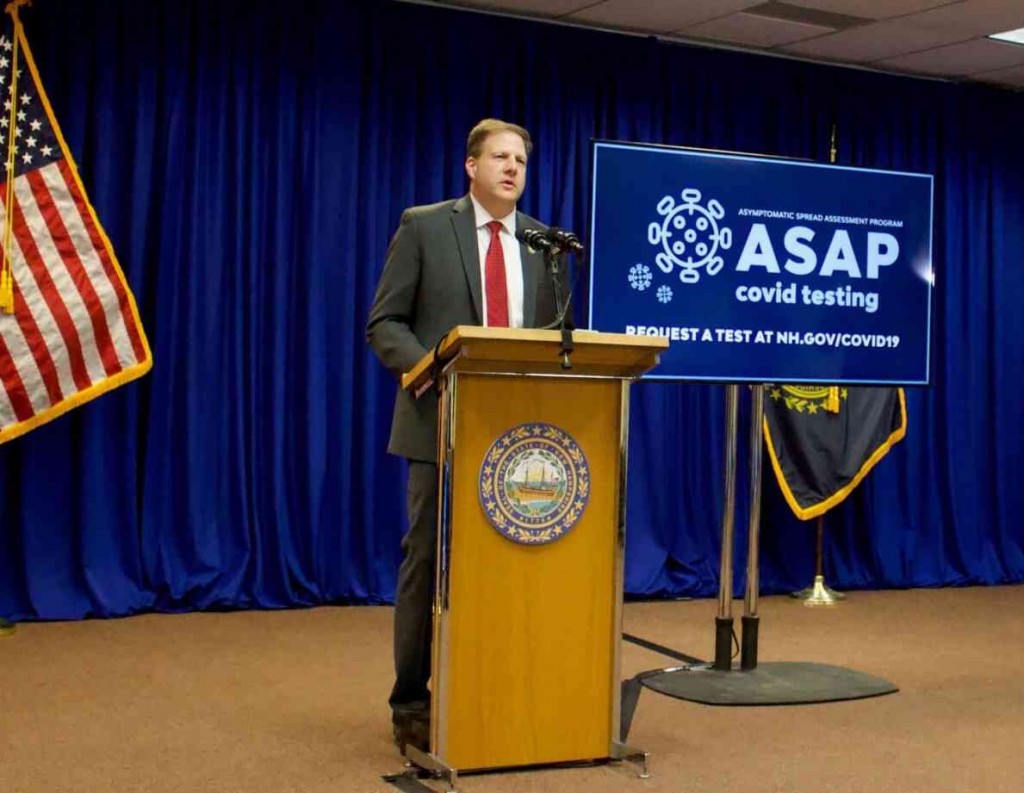 The state opened up applications to the New Hampshire General Assistance & Preservation (GAP) program Tuesday, the last gasp before most federal CARES programs aimed at helping business come to the end.

The $30 million GAP program is the “back up system to the back up system” said Governor Chris Sununu at a press conference Tuesday afternoon, referring to the state-run $400 million Main Street Relief Fund, which in turn was supposed to fill in the gap left by larger programs run by the Small Business Administration: the Paycheck Protection Program (PPP) and the Economic Injury Disaster Loan program (EIDL). The GAP program is due to end on August 4, four days before the PPP program is set to expire.

The $649 billion PPP pumped more money ($2.55 billion) to more businesses (over 25,000) in New Hampshire than any other. As of July 17, it still had $131 billion left – that figure has not changed significantly in a month. Businesses can only apply once and most businesses that were willing to abide by its rules – which include 60% of the funds going to payroll if it is to be a loan, not a grant – have already done so.

The smaller $20 billion EIDL grant program ended on July 11. It gave out nearly $60 million to 1,750 businesses, a lot less than PPP, but nearly twice the size of the GAP fund. The EIDL loan program is ongoing. As of July 15, the SBA approved $150.2 billion, including $573 million to more than 9,000 businesses in the Granite State. That money has to be paid back, though over 30 years at 3.75% interest.

Main Street, the largest allocation of the $1.25 billion flexible CARES Act funding designated for New Hampshire, was an attempt to help companies expected to experience losses compared to last year even after getting SBA funding.The application was fairly simple: the business put in last year’s gross receipts and expected receipts for this year, subtracted aid already received and received a check for 17% of their losses. (The grant could turn into a loan if the actual losses are less than anticipated.) The Department of Revenue Administration, the agency that administers those flex funds, disbursed $322 million to about 5,000 businesses with employees who applied by June 12.

The rest of that allocation – about $78 million – shifted to the Self-Employed Livelihood Fund (SELF). That program, which offers up to $50,000 grants for businesses with no employees, ended on July 17. Some 8,500 applied, said Sununu on Tuesday, and those checks should go out at the end of this week or the beginning of next.

“The DRA making sure they are legitimate, checking the documentation,” Sununu said.

Sununu said that GAP, administered by the NH Business Finance Authority, would be similar to Main Street, with some small differences. For instance, it would allow single unit franchise, which Main Street did not. GAP also includes businesses with at least one employee, and covers nonprofits (that fell though the cracks of another assistance program.

But a quick look at website indicates that business owners will have to fill out a personal finance statement, providing a break down of a business’s assets, including such things as notes receivable, real estate owned, the cash value of life insurance policies, notes payable and an itemized list of liabilities. The BFA suggest that before businesses apply, they should go to two webinars: one on July 24 and the other on July 28.

GAP is also starting the week when the enhanced unemployment benefits – that $600 extra a week – is ending, though that last enhanced check won’t go out until next week. This does not only affect workers – and indirectly the businesses where they spend that money – but business owners that make up about 15% of the roughly 70,000 collecting unemployment. On the other hand, some businesses hope that workers will be more willing to come back to work when those benefits end.

Whether much more help is on the way is doubtful. The state only has $250 million that hasn’t been allocated of those flexible CARES funds and there is a good chance a good chunk of that will be spent on helping schools reopen and more housing assistance.

On the federal level, the House of Representatives passed a $3 trillion package that would continue those enhanced benefits, but the $1 trillion package backed by Senate leadership, though it does include another round of small business funding. It is unclear whether both sides will be able to hammer out a compromise in the near future.