Committee OKs use of funds to tackle ‘cellular deserts’ 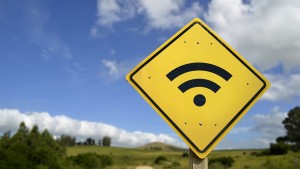 It was pretty much of a no-brainer on Wednesday for the NH Senate Election Law and Municipal Affairs Committee to pass a bill that would allow broadband funds to upgrade cell service in under-served areas of the state. But for let municipalities issue bonds to improve broadband service? Not so much.

Senate Bill395 that would address the problem of “cellular deserts,” as sponsor Sen. Jay Kahn, D-Keene, called them when testifying for the bill on Wednesday.

“It’s not just about convenience,” he said, citing one police chief complaining he couldn’t call back disconnected 911 calls because of poor service. “That’s not acceptable. That’s not living up to any kind of standard.”

Under Kahn’s bill, the money would be used to lift the standard of “adequate cell phone service,” meaning it “meets federal standards for speed, latency, reliability, and consistency in quality of service.” There was additional language in the bill for the money to be used to improve service to meet “evolving connectivity needs,” but Kahn agreed to omit it to ensure the bill’s passage.

Rep. Andrew Maneval, D-Harrisville, comes from that town where the police chief sometimes couldn’t return emergency calls, but he didn’t so much emphasize public safety.

“The quality of cell service is part of attracting young families and small business,” he said.

The committee quickly and unanimously recommended passage of the bill, in stark contrast to an earlier hearing on SB 247, which would allow counties or municipalities to issue bonds to finance broadband financing.

Unserved areas are already allowed to do this this, and some have done so with great success, said Sen. Denise Ricciardi, R-Bedford, but she wanted to enable all municipalities to do so, particularly the under-served.

But she ran into the opposition from the broadband providers, who fear government-subsidized competition, a concern echoed by the committee’s chair, Sen. James Gray, R-Rochester.

“What is wrong with competition?” shot back Ricciardi.

Ricciardi was backed up by the NH Municipal Association, the Southwest Region Planning Commission and Bill Duschatko, a Bedford town councilor. Bedford has broadband that meets minimum federal standards, but those standards are not enough these days, he said.

“We are very dissatisfied with the service, the lack of speed and unreliability,” Duschatko said.

Those standards “don’t consider the needs of small business,” added Henry Underwood, a planner with the Southwest Region Planning Commission, who said that only 18 out of 34 communities in that region are eligible to issue bonds, while the remainder left are “left behind.”

All of the supporters said the bill could help even communities without minimal service, because proving that they don’t need that service requires mapping, which require access to information from broadband providers.

The providers, however, pointed to a bill passed last year that would improve such communications and considered the matter resolved. More important, they did not take into consideration the needs of its business model, said Chris Rand, vice president of Granite State Communications, which has invested millions to build up its network. The bill “undermines basic market incentives. It would allow towns to bypass the providers or pay someone to do just that.”

“This bill is entirely about government being a competitor to the private sector or choosing a provider who gets the benefit of a public subsidy. It’s the government putting its thumb on the competition,” said Christopher Hodgdon, a lobbyist representing Comcast.

Hodgdon went on to outline all the company was doing to improve service, not only by upgrading bandwidth and speed fourfold, but also by installing Wi-Fi in people’s home that would match those speeds, arguing that often people’s complaints about reliability and speed come from their Wi-Fi network.