Under New Hampshire current law, the way land value is estimated is ‘confidential and privileged’ 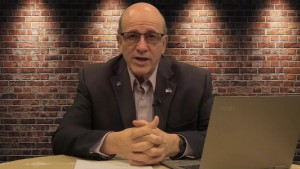 Sen. Bob Giuda, R-Warren, sponsor of Senate Bill 511, says he finds it ‘repugnant that a formula used to levy taxes on citizens is secret’

Among the bills making their way to Gov. Chris Sununu’s desk is a measure that would make public the formula used to estimate the value of land enrolled in the current use program, which has been deemed “confidential and privileged.”

Sen. Bob Giuda, R-Warren, sponsor of Senate Bill 511, said that he found it “repugnant that a formula used to levy taxes on citizens is secret.”

Land in current use, which covers more than half the state, is taxed at its value as forest, farm or idle land rather than its full market value. Each year the Current Use Board sets a range of values which local assessors then apply to parcels enrolled in the program as well as to land protected by conservation easements.

The Department of Revenue Administration calculates the ranges for forest and idle land while the Cooperative Extension Service of the University of New Hampshire does the same for farmland.

The legislation provides that the formula used by DRA “and all variables within that formula, including definitions of these variables, if any” shall be included in the list of records and files of the DRA open the public.

The bill met no opposition in the Senate Ways and Means Committee and carried the Senate by a voice vote. However, the House tabled the bill, which only survived when Giuda added it to House Bill 1234, one of a number of omnibus bills fashioned by the Senate with which the House concurred at the end of the session.