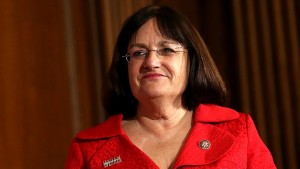 More than 200 members of Congress – including U.S. Rep. Annie Kuster of New Hampshire – have signed on to co-sponsor a measure that would expand the low-income housing tax credit, a key tool in financing the development of affordable rental housing.

The supporters – which an advocacy group, the Affordable Housing Tax Credit Coalition, said was bipartisan – includes members of the House and about a third of Senate.

As proposed, HR 2573, the Affordable Housing Credit Improvement Act of 2021, would bolster the housing credit allocation, which was increased by 12.5 percent in 2018 but expired at the end of 2021. It also would cut in half the private activity bond requirement currently in place from 50 percent to 25 percent for financing housing credit properties. Proponents said that move would allow states to significantly increase the number of affordable units they could otherwise finance because the threshold to receive the 4 percent housing credit would be lower.