Intertech Trading Corp. had falsely identified goods sent between 2016 and 2019 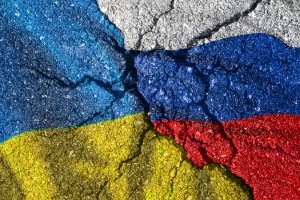 Intertech Trading Corp., an Atkinson-based laboratory equipment distributor, has been fined $140,000 on 14 felony counts of failing to file export information on shipments to Russia and Ukraine between 2015 and 2019.

Intertech pleaded guilty to falsely describing the nature and value of the exported items on commercial invoices and shipping forms, the U.S. attorney’s office in New Hampshire said.

As previously reported in NH Business Review, the parts included laser assemblies and other sophisticated scientific equipment that were falsely identified as for use in such products as an aquarium, a welding system and multimedia at reported values much lower than they actually were.

Intertech pleaded guilty to the charges in July and was sentenced in federal court on Monday. It admitted that it drastically undervalued the shipments, thereby evading the requirement to file Electronic Export Information, which would have been reported to the departments of Commerce and Homeland Security, the U.S. attorney’s office said.

The charges, filed in June 6 the U.S. attorney, concern exports from 2016 to 2019, before Russia’s current invasion of Ukraine began in February. But tensions between the two countries date back to 2005, and in 2014 pro-Russian separatists in the eastern Donbas region declared independence, percolating fighting that has resulted in the death of 15,000 people, according to the Ukrainian government. It is where nearly all of the current fighting is taking place today.

The charges apparently stem from an investigation of the company, based on a search warrant first reported by The Daily Beast and then New Hampshire Bulletin, alleging that equipment was being used for Russia’s weapons of mass destructions and other federal violations related to threats to the US national security.