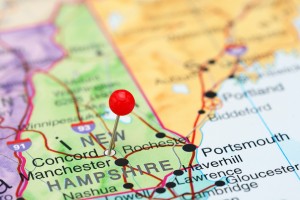 Millennials with money apparently like the idea of living in New Hampshire, according to a recent analysis of IRS data.

The analysis, conducted by SmartAsset, a personal finance technology company, New Hampshire ranks 14thin the country where more “rich” millennials are moving than leaving. The analysis defines a “rich” millennial as someone under 35 with an adjusted gross income of at least $100,000.

Among New England states, New Hampshire was just ahead of Maine, which was 15thwith a net in-migration of 235. The only other state with a positive net in-migration was Vermont at No. 22, with 60. Rhode Island (-51), Connecticut (-52) and Massachusetts (-1,189) all lost more than gained.

SmartAsset notes that millennials are more likely to move than their generational counterparts, since IRS data shows less than 30% of taxpayers are younger than 35, but from 2017 to 2018, more than half of tax returns marking a change of address across state lines belonged to filers under 35. In other words, less than 3% of all taxpayers moved to a different state between 2017 and 2018 while more than 5% of under the age of 35 did so.