A reminder for NH businesses: June 30 is the Paycheck Protection loan deadline 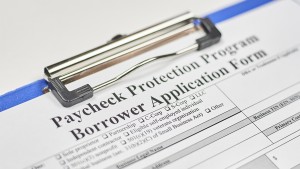 Are there any New Hampshire businesses left that are looking for a piece of $135 billion in low-interest loans they may not have to pay back?

It seems there are probably not many, though nobody will know for sure until after June 30. That’s the deadline of the U.S. Small Business Administration’s Payment Protection Program, which when first launched resulted in a businesses overwhelming banks across the country get what one at least one businessperson called “free money”: loans for as much as $20 million that can be forgiven as long as most if it goes to payroll as well as other expenses.

As of June 26, the SBA had approved $519 billion in loans, leaving $134.5 billion left, paradoxically $6 billion more than was there last week. The numbers simply don’t add up but that may because the remaining amount is really an estimate of a program that is still in flux.

Some of the money goes to fees owed to banks that are actually making the SBA-guaranteed loans. In addition some firms are returning the money, perhaps because of they realized they would not qualify for loan forgiveness.

That indicates that some companies, locally and nationally, are still applying for the loans – which, according to the latest terms, will be completely forgiven as long as a company spends at least 60% on payroll and the rest on other expenses, such as mortgage payments, rent and utilities.

Loan recipients must pay back whatever is not forgiven, but they have five years to do so at a 1% interest rate.

What Congress does with what, if anything, is left over remains to be seen. There are suggestions that companies can get a second bite of the apple, particularly those that have already spent their previous PPP money on their workforce, even though they haven’t fully reopened due to government restrictions and the state of the economy.

So far, according to the SBA, health care and social assistance organizations received the biggest chunk of loans – some $67 billion, or nearly 13%. But in terms of number of businesses, professional, scientific and technical services firms top the list (almost 626,000, for $66 billion). Other sectors include construction firms, which got 12.4% of the loans; manufacturing, 10.4%; accommodations and food services, 8.1%; and retail trade, 7.8%.