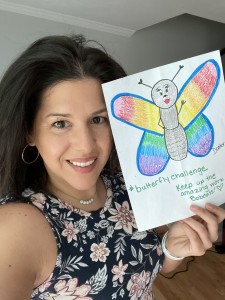 As New Hampshire schools have restructured education over the past two months, one in particular has overhauled its approach altogether, offering tools and solutions to the challenges of remote learning that some parents say eased the transition.

By thinking outside of the box — and the boundaries of a classroom — the administration and teaching team at Beech Street Elementary School in Manchester found a way for educators to teach all students in a grade level, rather than just those on their roll call.

Combined with the school’s use of technology and its strategies to connect to families of all languages and backgrounds, Principal Katrina Esparza said these efforts have helped Beech Street work smarter, not harder, to benefit its 540 students.

The school receives additional Title I federal funding to help serve its students, nearly 90% of whom are eligible for free or reduced lunch. Approximately one third of the school’s population are English language learners, Esparza said, and 19% have special education needs.

Esparza, who joined the school last July, said the big takeaway from remote learning has been that “any teacher can work with any child, so any one of us are able to support each other.”

The Manchester School District created physical assignment packets, identical for all students in each grade level, to cover the first two weeks after schools shut down. Esparza said that gave teachers time to prepare their online lessons and get acquainted with the technology.

Then the teachers set out to educate students as a team, collectively educating all students in a given grade level. One teacher might work on a math lesson about decimals and rounding, she explained, while another prepares the students’ reading lesson. Each would also team up with instructors of special education and English as a second language, Esparza said, to modify the assignments to fit every students’ needs rather than creating entirely different lesson plans for them.

“It was really being strategic about the teachers’ workload so that they could give us quality instead of just the quantity piece,” she said. “This gave us the opportunity to really take away the classroom structure, and what we found with the students and the staff is that they’re making more connections than they normally would’ve if they were back in the classroom.”

There’s a new understanding that students can learn from every teacher, she added.

Given Beech Street’s high percentage of identified English language learners, administrators and educators wanted to be sure they reached all families during the transition to remote learning. The school already used Remind, an app for institutions that can translate text and voice messages, to communicate with parents. With the help of translators, teachers also spoke with families to explain the technology used for online learning, as well as to discuss their students’ work, Esparza said. They continue to encourage all parents to reach out and ask questions.

“We don’t take it personally when you say, ‘You know what, I know my kid has no idea what just happened today,’” she said, “because that happens at school — they just don’t see that.”

After the pandemic closed schools, Esparza launched a Facebook page for Beech Street and revamped its Instagram account. She operates both platforms as a venue to celebrate students and their victories, but also as another way to connect to people. Some parents feel more comfortable contacting her on Facebook, she said, since that’s more informal than emailing her directly.

That’s one of many ways that Esparza has pushed for flexibility during this crisis. From her experience working at a high school, Esparza said she knows the tendency to think rigidly about how assignments are submitted.

“But if we have parents who are sending pictures of the work, it’s done, and that’s great because they did it and they gave it back to us,” she said. “If we have students who are emailing it instead of clicking onto the assignment box, it’s done and it’s exciting and we have a way to give them feedback.”

Overhauling the system required everyone to focus more on the bigger picture, she said, which was that students completed and understood their work.

Esparza recalled the early days of remote learning, when some teachers were still grappling with the concept of attendance in the new age of distance learning: What if a child turned in their work Saturday, but they didn’t participate in any weekday video meetings?

With families facing myriad levels of uncertainty in this “chaos mode,” Esparza said it’s crucial that educators are flexible and supportive, not another stressor.

Jennifer Therenciel’s 6-year-old daughter Elianna and 8-year-old son Eliandre attend Beech Street, and she lauded the instructors for “molding their teaching and their lessons to fit” each student’s needs within the new model.

Therenciel said if there’s any silver lining to being furloughed from her job in March, it’s being home to help the kids with remote learning, especially since her husband, Elinsky, is still working. Her son began an individualized education program in February, and she was worried about how the school’s closure would affect his education.

“The one thing I was concerned about … was them typing their responses, rather than him getting that practice writing,” Therenciel said.

As a workaround, she’s one of the parents who takes photos of Eliandre’s written assignments and sends them to his teachers.

Therenciel credited the instructors for offering a wealth of resources to kids and families while also understanding that not everyone has time to explore all of them. While she’s not sure how the reporting process for her son’s IEP will function during remote learning — and she’s curious to see how that unfolds — she said Eliandre feels more confident with the flexibility his teachers have granted him.

“It’s about what you can get done in that time period and not stressing about it,” Therenciel said. “… It’s about putting the effort in, rather than going crazy trying to get everything done.”

Stay-at-home mom Kristen Vazquez has four kids, two of whom are Beech Street Bobcats: Anthony in fifth grade and Alexander in second. Her husband, Enrique, is still working during the pandemic, so she’s been overseeing distance learning in the house.

“The teachers, they know the kids, so they know what they’re capable of and what they’re not,” Vazquez said, adding that the instructors often check in to ask how the family is doing and whether they need anything.

As a household that speaks Spanish and English, she said, they receive messages from the school in both languages, praising its use of the Remind app to easily communicate with parents.

“The teachers can go in and talk to the parents and say, ‘This is what your kid has to do today, and if you need help we can get a translator,’” she said.

Like Therenciel, Vazquez said she’s been grateful for the school’s flexibility, noting that it can be difficult for a parent in a kitchen to wrangle kids into learning, as opposed to a teacher in a classroom.

Sometimes her second-grader finishes his work in less than two hours, though. While she acknowledged that a homeschool setting is different from a traditional seven-hour school day, and everyone is doing the best they can, Vazquez also wondered about the long-term implications of the remote structure overall.