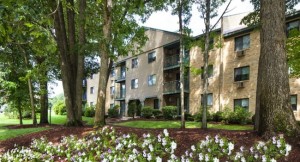 Halstead Manchester is made up of 16 three-story residential buildings with a total of 640 apartments.

Boston-based real estate investment firm, sold the 41-acre community – which is made up of 16 three-story residential buildings and two single-story amenity buildings with two swimming pools – to an undisclosed buyer.

Josh Solomon, president of DSF, said the deal shows that “the New Hampshire market continues to be the top performing market in all of New England.”